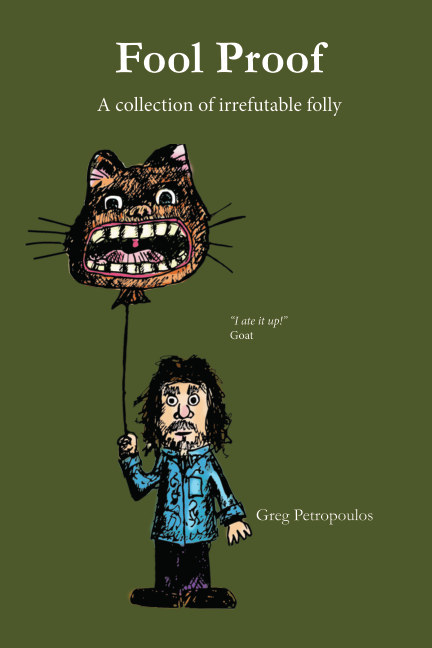 A collection of irrefutable folly

This book contains scribed flotsam that has been jotted down, typed, forgotten, collected, neglected, rejected and far from perfected over the years. It represents scraps, notes, unfinished songs, poems, plays, articles, doodles, and odd stories.

Some had been originally hand-written, some typed on contraptions we used to call “typewriters,” then word processors, then desktops, then laptops. Some bits were actual mimeographs, or rather, ditto machines that would print text in an aniline purple hue and smelled divine—an aromatic blend of rubbing alcohol, menthol, and the flop sweat of substitute teachers. Some were stored on floppy disks, a technology now as helpful for storing information as flip-flops are for space walks.
Author website
http://www.gregpetropoulos