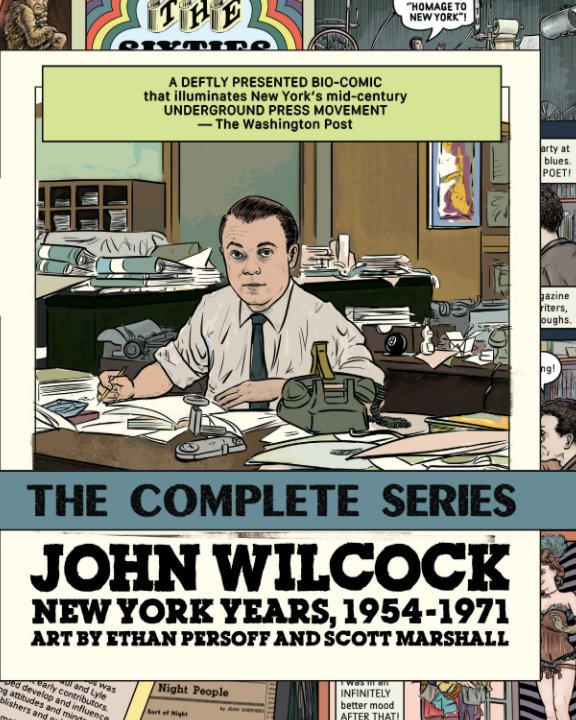 Hi there - Current pricing is high, we'd like it to be less, but that's the world right now. (A supply-chain price increased just happened again, too) We're determined to provide the best quality book possible, including paper stock, ink, and binding. This is a book to be enjoyed and re-read. You'll be receiving an identical quality copy to our Kickstarter edition, which many describe as one of the best books they've received in years. Thanks for supporting the Other Scenes archive and the Wilcock comic itself! (The PDF is a great selection, too)

For the first time ever, this widely praised documentary comic series is collected together in one volume, with numerous extras.

Featuring first-hand accounts of the creation of: THE VILLAGE VOICE, THE EAST VILLAGE OTHER, and THE UNDERGROUND PRESS SYNDICATE. Includes 100s of Cameos, including Lenny Bruce, Abbie Hoffman, and Many Others.

As selected in Houghton-Mifflin's Best American Comics series, this is a lavishly illustrated, extensively researched documentary comic book of real stories of the underground press, based in New York City, 1954-1972.

Considered by many to be among the best comic series of the last ten years, John Wilcock introduces you to Wilcock himself, who participated in a seven year interview for this project. Provides many of his own documents, including OTHER SCENES. This comic book is a celebration of his cool "behind the scenes" life.

Click to get your copy of the collected print volume. A great gift for the history and counterculture fan, as well.
Author website
http://www.ep.tc/otherscenes