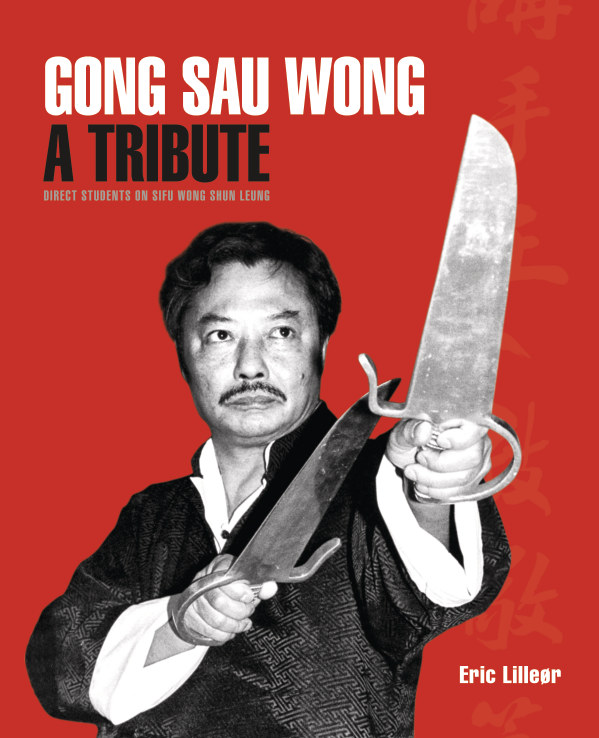 At a whopping 360 pages, Gong Sau Wong: A Tribute is a fascinating and intimate window into the life and legacy of one of Wing Chun’s most legendary teachers, Sifu Wong Shun Leung. Over the last decade, the public has become more aware of his contribution to Wing Chun and his vital connection to Bruce Lee. Although widely known for his fighting capabilities, earning him the nickname Gong Sau Wong (“King of Talking Hands”), Sifu Wong was a down-to-earth, approachable, warm human being with a tremendous love for life and Wing Chun.

This stunning full-colour volume also contains exclusive, recently uncovered news stories published in the Wah Kiu Yat Po newspaper in 1957, relating to Sifu Wong’s controversial fight in Taiwan. Also, never-before-seen photos and a chronological timeline highlighting some of the significant events in the life of Sifu Wong. More than a tribute, this book is an invaluable collection of memories and wisdom.
Author website
https://www.wongshunleungtributebook.com

Eric Lilleor began learning martial arts in 1978, and in 1984 he started his Wing Chun journey. Since 2011, he has been a proud and devoted WSLVT practitioner under the guidance of Sifu David Peterson and Sifu Morten Ibsen. Eric is a certified Sifu under Ibsen’s Danish Ving Tsun Federation. In 2016, the World Ving Tsun Association inducted him into the Hall of Fame as Sifu of the Year. Eric has worked in the publishing industry for over 20 years. He is the owner and founder of Mui Fa Publishing, which publishes Wing Chun Illustrated, the world’s premier and longest published Wing Chun magazine, of which he is also the editor. In 2016, Eric acted as the editor of Sifu David Peterson’s book, WSL Ving Tsun Kuen Hok: An Overview in the Form of Essays, also published by Mui Fa Publishing.