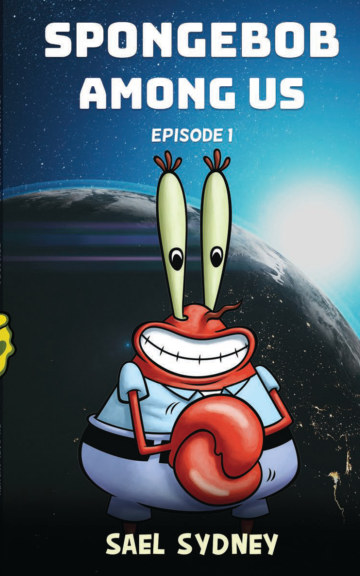 I got the idea from the game Among Us, from the show SpongeBob SquarePants, and from the comic book, DIARY OF AN AMONG US CREWMATE : first time in space.

And now for the mission they’re doing under the sea in a city called Bikini bottom, there was a sponge that every kid watching TV knows and love, SpongeBob SquarePants! And his 9 friends and a pet snail named Gary. They were celebrating a summer party, but an astronaut scientist known as Red from a video game that doesn’t exist underwater, Among Us, had 9 friends who quitted the space mission. So after the party, Red invited Spongebob, Gary, and their 9 friends. Task completing.
And finding out who is the alien aboard this ship, which Red didn’t know, so he didn’t tell them. Will they find the impostor, or will they all die?
And now for the characters :
Spongebob, Patrick, Mr. Krabs, Sandy, Squidward, Plankton, Ms. Puff, Fred, Harold, Gary, Red, Alien impostor, Sussogram.