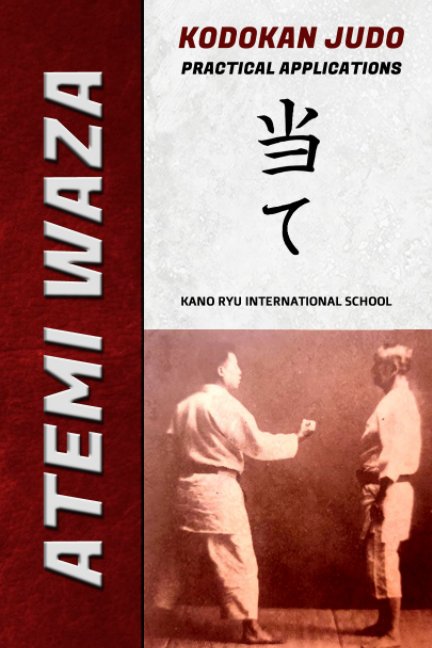 by Jose A. Caracena, Kano ryu

Since the foundation of Kodokan Judo, hitting techniques (Atemi waza) have formed an indivisible part of the judo technical curriculum. In the early days of the Kodokan, atemi waza was practiced relatively frequently and all students with a certain level were taught on the art of attacking vital points. These were even taught in schools, training centers, factories and workplaces, adapting the methodology for this purpose.

Judo has changed a lot since those days. Currently atemi waza is hardly practiced and those schools that practice it just "borrow" atemi from other martial arts. This is definitely a mistake. Judo has its own atemi waza, with its specific nomenclature, with its forms of execution and well-differentiated objectives.

Our previous work "Atemi Waza Judo Kodokan" was a bestseller, published in 5 languages and spread in more than 40 countries. In this book we show the way for people from all over the world to know the original atemi waza of judo, as it was officially classified by Jigoro Kano in 1931 in his unpublished work "Judo Kyohon".

In this opportunity we have decided to carry out this second study to develop the practical applications of atemi in Judo and offer a complement to the previous one in terms of historical documentation, unpublished photographs and diverse information of great importance in the context of Atemi and self-defense in Judo Kodokan.

Simple self-defense sequences have been included here, where the various striking techniques are executed, taking into account the principles of atemi taught in judo (distance, angle, atedokoro, action-reaction, nomenclature, chaining, direct blocking, etc). We have also decided to dedicate a chapter to recall Jigoro Kano's opinion and documents about atemi.
Color book. 228 pages