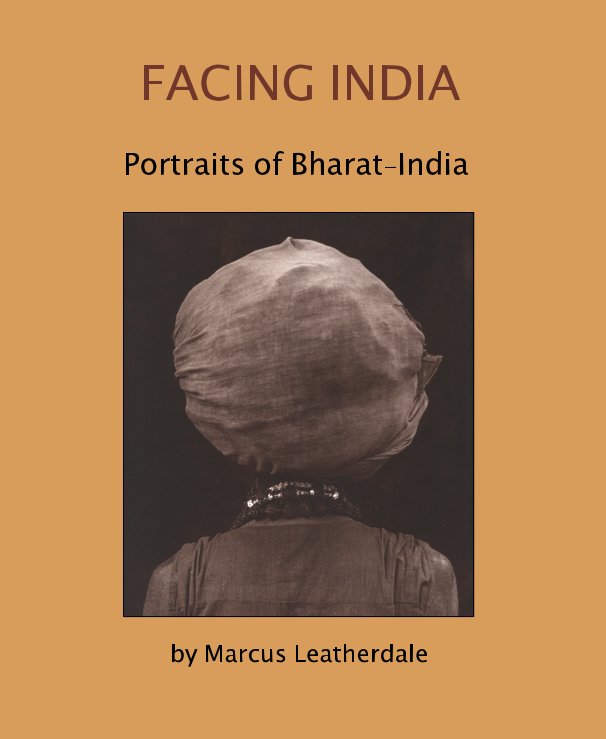 Marcus Leatherdale’s, Facing India with a preface by John Ashbery and an introduction by Ally Alexander Spivy is a photographic celebration of the immense range and beauty of India’s people. The culmination of the photographer’s seven-year odyssey into a timeless, at times hidden realm, the book includes 100 sepia toned portraits of men, women, and children. Some are performers or public personas—wrestlers, holy men, movie and television stars, musicians. Some are royal, including a queen whose lineage traces back to the Govinda Buddha. And some are Adivasi—members of vanishing, indigenous tribes seldom seen by the outside world. Still others dwell in the quiet, peasant villages that hold, even to this day, up to sixty percent of India’s population.
All were photographed by Marcus Leatherdale, whether in the rooftop studio of his house in Banaras or a makeshift studio he set up in villages as he traveled through the countryside.
It offers rare glimpses into lives seldom seen, and gently confronts old stereotypes with portraits of lyricism and strength. An elegant homage to the India of today and to the generations that shadow it, Marcus Leatherdale’s book will appeal to anyone interested in photography, in India, or in the mysterious nature of identity, of culture, and of civilization.

First known for his arresting portraits of celebrities (Hidden Identities series-Details) in the 1980s, in 1993 Leatherdale began spending half of each year in the Indian holy city of Banaras . Based in a 200-year-old house in the old city, he began photographing the diverse and remarkable people there, from the sadhus (holy men) to celebrities, royalty to the Adivasi (tribals).
Author website
http://www.marcusleatherdale.com

Montreal-born photographer Marcus Leatherdale has been exhibiting for more than 20 years in galleries worldwide. His work has been published in such magazines as The New Yorker, Vanity Fair, Details, and Elle Decor, featured in publications from Artforum to Interview, and is in the permanent collections as museums such as the Art Institute of Chicago and Austria's Vienna Museum of Modern Art. First known for his arresting portraits of New York City celebrities (Hidden Identities series-Details) in the 1980s, he is currently photographing exclusively in India, working on his upcoming book "Facing India". Stay tuned..........