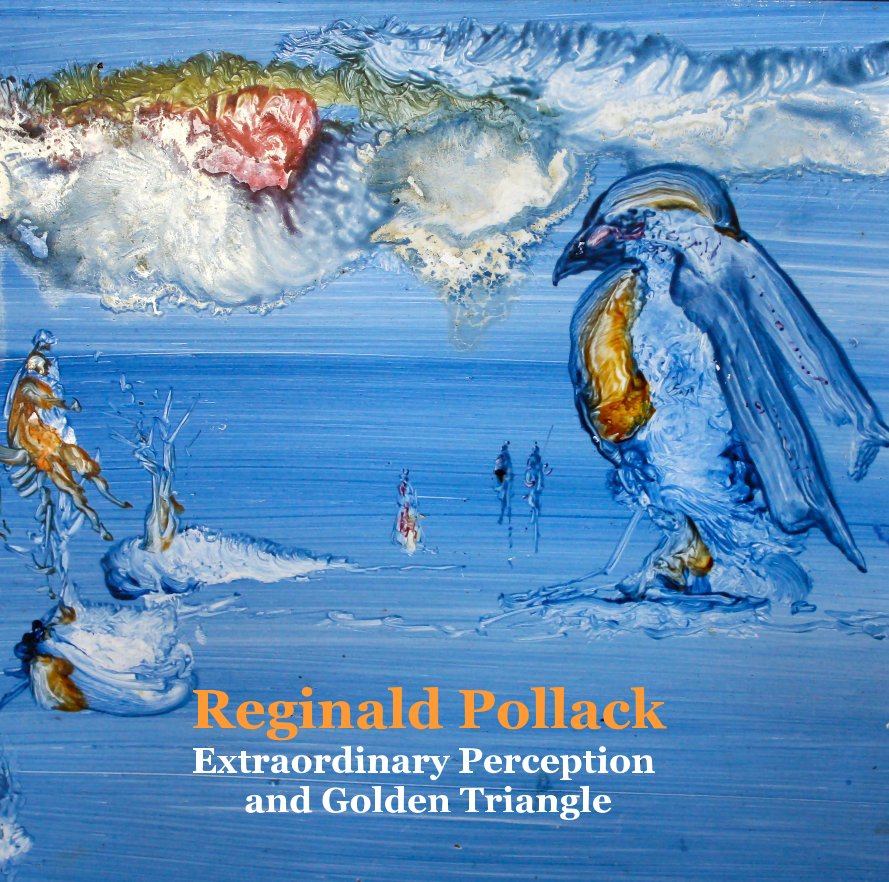 by Kerstin B. Pollack

So who is this person? A wonderful man who lived for 77 years, he was an identical twin born of Jewish parents who came to the United States from Hungary. His father who was a tailor at Lord & Taylor in New York City took the twins to the Metropolitan Museum every weekend and, by the way, became a primitive painter when he retired. After graduating from the High School of Music and Art Reginald participated in the Second World War by enlisting in the Ski Troops of the 87th Mountain Division,l participated in the invasion of Kiska in the Aleutians and was then sent to the South Pacific war effort. All the horrors of war that he experienced are depicted in a book, "O is for Overkill", that he produced with his twin.
After a few years developing window displays in New York City, Reginald went to Paris, France, using the GI Bill to support himself and to pursue his aim of becoming a painter. He was fortunate enough to find a studio at Impasse Ronsin wall to wall with Constantin Brancusi, the famous Rumanian sculptor, who became a mentor. During his 12 year stay in France Reginald attended Academics de la Grand Chaumiere, married his first wife, Hanna Ben-Dov, also an artist, and restored two little houses in a gorge in Provence. Toward the end of his French life he divorced his first wife and married Naomi Newman, a classical singer. They moved to New York in the early 1960's. Finding New York City streets unsuitable playground for their two little daughters Hollywood became their new home and studio. In the meantime Reginald developed as a painter and sculptor, had exhibits, was a visiting critic of art, and became interested in Jungian philosophy. In particular, Reginald exhibited for many years at the Peridot Gallery on Madison Avenue in New York City, a gallery established in 1949 by his brother Louis Pollack. Further evolving he divorced his second wife and in 1969 moved back to New York City. That year his friendship with Kerstin Binns, an engineering organization administrator of Swedish-Danish origin living in the Washington, D.C., area, became a 32-year long love relationship; in 1974 they were married. In 1996 they spent two years north of Burbank, CA, and ln 1998 moved to Palm Springs, CA, where Reginald painted and sculpted the last three years of his life.
His paintings are in many prominent museums and private collections; to mention a few: Metropolitan Museum of Art, Vincent Price Gallery & Art Museum, Museum of Modem Art, and Palm Springs Art Museum.