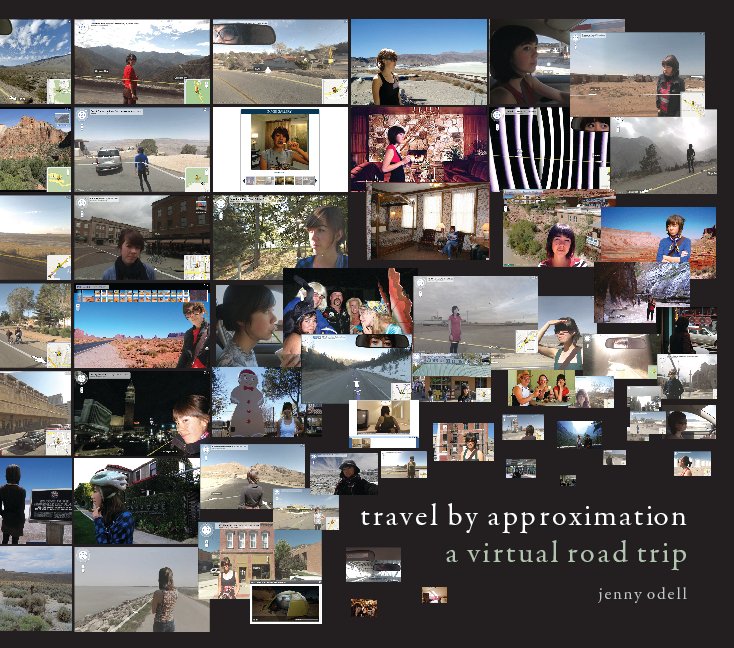 Travel by Approximation is a virtual road trip across the United States via Google Street View, Yelp, TripAdvisor, UrbanSpoon, InsiderPages, CitySearch, YouTube, Virtual Tourist, Wikimedia, Wikipedia, and countless other forums, blogs, user maps and 360-degree tours. For one year--almost two virtual months—I transported myself into one place after another, both by writing a travel narrative and by using Photoshop to integrate myself into photos I found online.

The countless images and narratives I traversed were blurry, incomplete, or anonymous, suggesting the profusion as well as the flatness and deficiency of my virtual experience. But this same deficiency incidentally created a space that could only be filled in by my imagination. It was a narrating viewpoint, infused with my own subjectivity, history, and memory, that allowed me not just to apprehend a huge system of data in a (humanly) coherent way, but also to re-create meaning from flatness. Thus, the feelings of discovery, novelty, fear, and exhilaration that I encountered along the way were as real as any I have ever had. At the end of a virtual experience of real places, I am left

with real memories of virtual experiences.