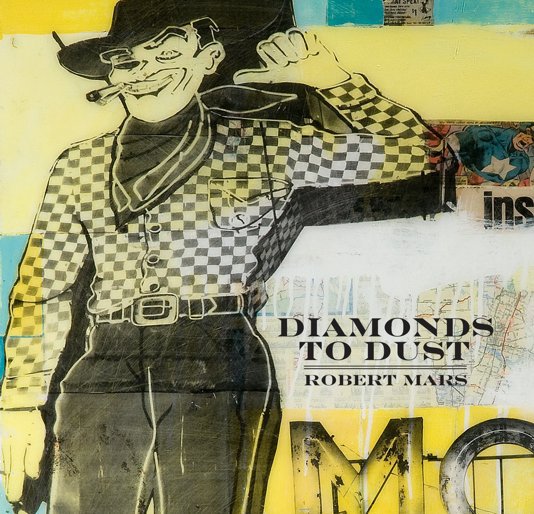 The artwork of Robert Mars

Robert Mars’ work is an evolving chronicle of Americana. He is determined to capture the independent aesthetic of the not-so-distant past that has been replaced by homogenized corporate culture and standardized cityscapes.

Mars‘ paintings employ layers of color, subtly collaged printed matter from the 1950’s and 1960’s, and stark, black imagery. Remote, indistinct landscapes capture the poetic strips of nearly lost American highway that are unique, but fading under the modern mass-advertising onslaught. Formerly the promise of hope and prosperity; the rusted icons in Mars’ work are now a sign of desperation and ruin.

Mars’ work has been referenced with the likes of Andy Warhol, Robert Rauschenberg, Richard Diebenkorn and Stephen Shore. His eye for a distinct facet of American history is impeccable and precise, with hints of whimsy and an ability to manipulate the wordplay of vintage printed material.