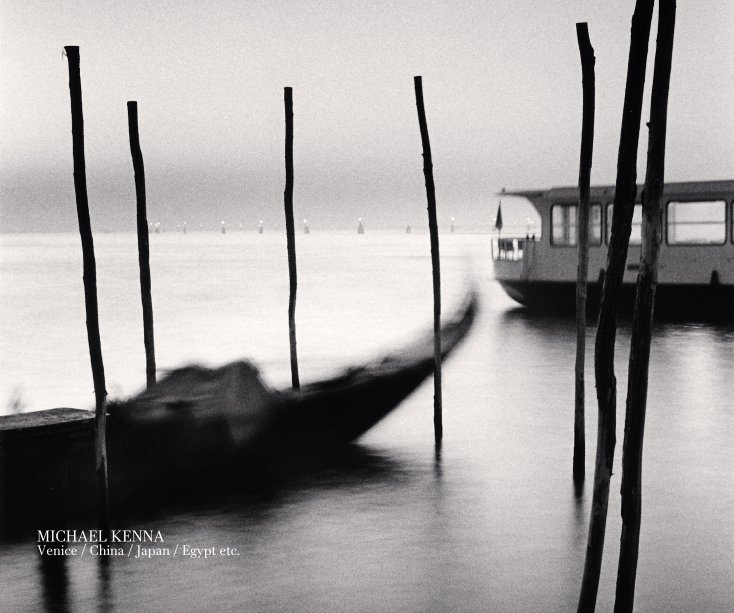 Michael Kenna is undoubtedly one of the most exhibited and collected photographers working today. With more than 35 monographs dedicated to his work, Kenna has proven time and again that his vision knows no boundaries. Whether working in his native England, the Giza pyramids in Cairo, the snow covered landscape in Hokkaido, or the shores of France, Kenna seeks places of solitude which speak volumes about humanity and the haunting beauty found in nature.

His newest monograph, Venezia, is being released to coincide with a retrospective of his work at Palazzo Magnani Museum (Reggio Emilia, Italy) this Spring, and features more than 30 years of work he has done in the region. The resulting images are both romantic and eerie, two attributes often associated with Venice. From a fog-lined pier, to unoccupied gondolas waiting in the harbor, to a foot bridge shimmering in street lights, Kenna captures the mystique often associated with one of the worlds most beloved places.

Alongside images from Venice, our current show will feature photographs from Japan, the Huangshan Mountains in China, the pyramids in Cairo, mussel and oyster beds in the Chausey Islands and select images from across the globe. Whether photographing in his hometown of Seattle or halfway around the world, Michael Kenna has developed a signature style that is un-mistakenly his own. Void of people, he invites viewers to meander with him through places that are both remote and heavily trafficked, reminding us of the beauty we tend to over look.