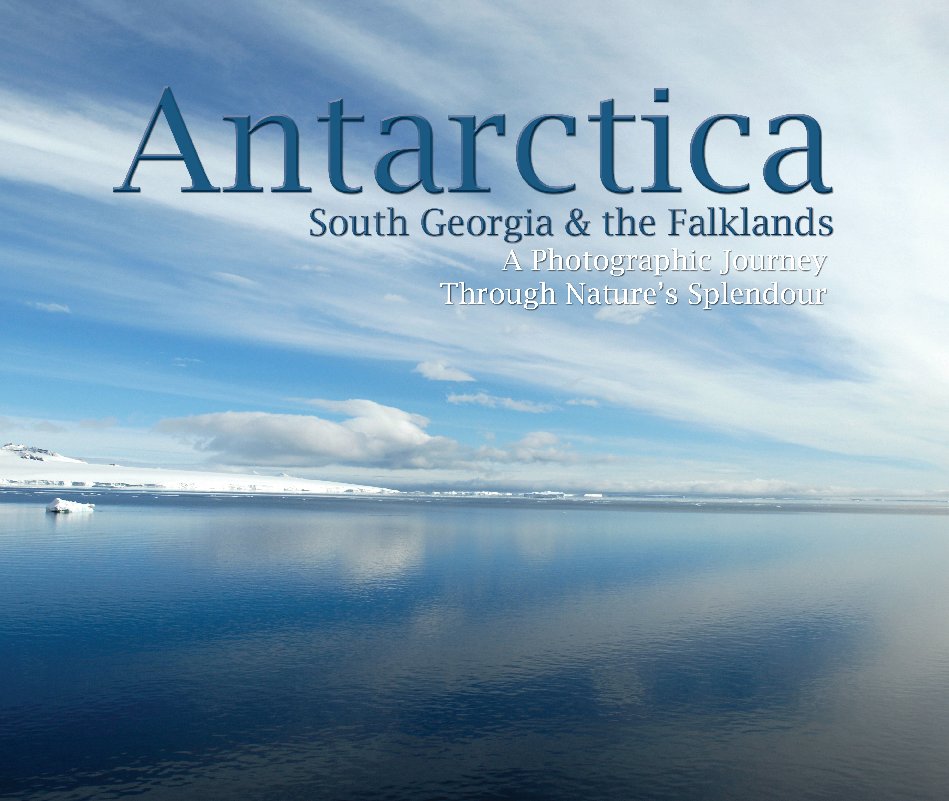 A Photographic Journey Through Nature's Splendour

The journey begins on the Falkland Islands which are located some 400 km east of the tip of South America and Cape Horn. Visits to Westpoint Island and Carcass Island in the west are followed by Stanley, the capital in the east.

The journey continues to South Georgia located in the sub-antarctic 1,450 km from Stanley and 2,050 km from Cape Horn. South Georgia has a rich history of exploration including the major role it played in the failed expedition of Sir Ernest Shackleton and the Endurance. Visits to Elsehul, Stromness, Grytviken, Drygalski Fjord, Larsen Harbour, Gold Harbour, and St. Andrew’s Bay provide spectacular memories.

Passing Cape Wild, on Elephant Island in Antarctica, one can only imagine the hardship endured by Shackleton and his crew. The fact that they survived their ordeal is unbelievable.

There are many landings in Antarctica including two to the continent itself. Visits include Antarctic Sound, Brown Bluff, Devil Island, the Weddell Sea, the semi-submerged caldera known as Deception Island with its ship-gripping ice and Whaler’s Bay, Paradise Harbour, and Almirante Brown.

Along the way are unforgettable encounters with Rockhopper Penguins, Gentoo Penguins, Magellanic Penguins, Macaroni Penguins, King Penguins, Adélie Penguins, a lone Chinstrap Penguin in the icy sea, many species of birds including Albatrosses, Petrels, Fulmars, and Prions, as well as Fur Seals, and massive Elephant Seals.

Enjoy this journey to Antarctica. Perhaps you will be inspired to set out on your own adventure. You won’t be disappointed.

Ken Schneider has enjoyed photography all his life. Armed with a Kodak Instamatic camera as a child he began his early exploits into the wonderful world of picture taking. Over the years Ken has enjoyed taking photographs all over the world including North and South America, Europe, the Caribbean, the Far East and Antarctica. While photographing nature at its finest is a particularly favourite pastime, Ken has also been known for capturing various sports’ moments including figure skating and automobile racing.