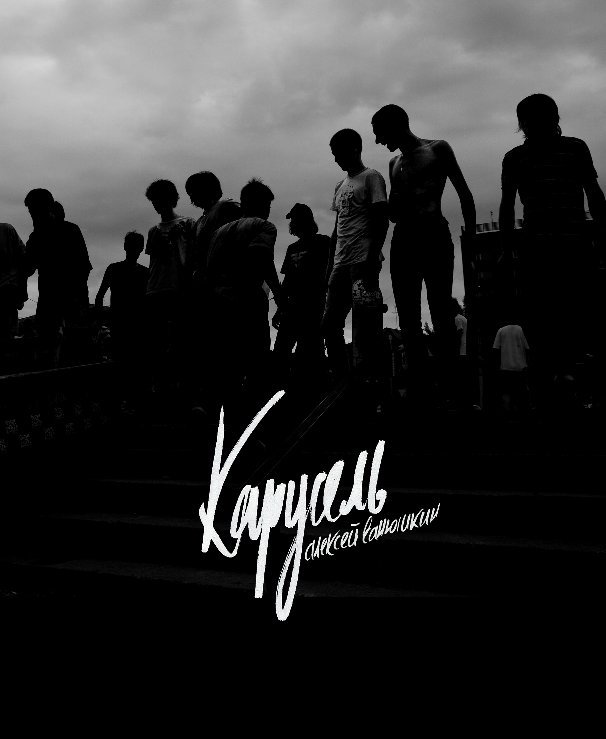 One cold winter evening of 2008, in the center of Novosibirsk, Russia, I bumped into a friend, whom I haven't seen for years. A week later, he brought me into the teenage world and i've started my journey through the banal and everyday of 20 year olds, but with a camera.

Camera gave me a purpose for "being" somewhere, with someone, a purpose for experiencing and for compassion, for it all could be recorded. A photograph suddenly gave me a chance to grasp everything at once - the people, their feelings, details and and the atmosphere. And it's very much alike meditation, which answers many questions about life, like a buddhist koan - some truth, which can't be reached by logic reflection but is understood through observation and experience.

And everywhere I went something was wrong, people were moving, dancing, laughing and getting angry, playing and sleeping with each other, but for a moment, when they were left to themselves, one could see their inner feelings. And one could see that they were lost, tired. That feeling was so in the air, even the city streets and the landscape seemed to reflect it. Bars, our houses and the college auditoriums were all soaked with that feeling. As was every relationship.

In another town, among other people, I now understand it. It was a merry-go-round, which we were riding since childhood and had a great time, going round and round, through the same situations, laughed, cried, loved, had fights, but it was an attraction. But then came the time, when passengers grown up and became too big for a merry-go-round, whether they understand it or not. Coming of age is the time when we become too big to pretend we are kids. I know for sure, there are people out there who don't want to acknowledge that and the ones wantto get off a carousel. But both don't know what to do next.