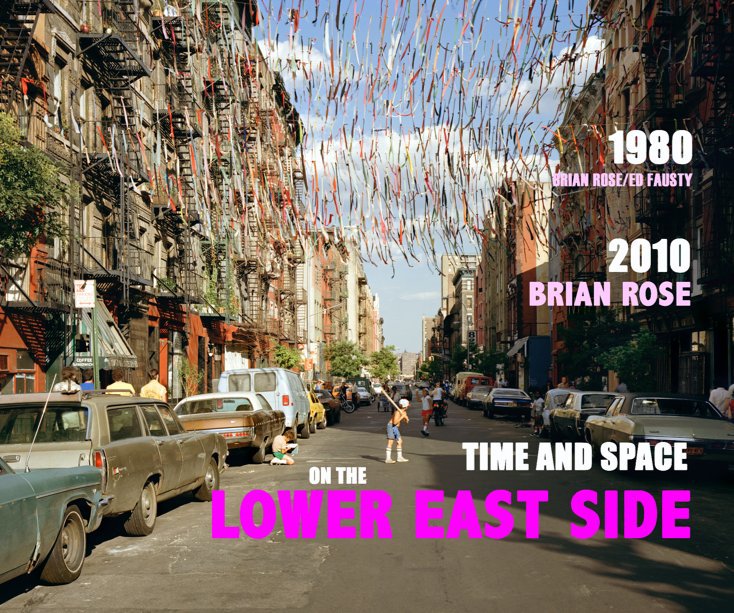 Time and Space on the Lower East Side

Time and Space on the Lower East Side

In 1980, in collaboration with fellow Cooper Union graduate Ed Fausty, I photographed this historic neighborhood at its darkest, but most creative moment. While buildings crumbled and burned, artists and musicians came to explore and express the edgy quality of the place. Recently, I returned to the streets of lower Manhattan—working alone this time—to re-explore the neighborhood, nearly three decades later.

The 1980 images were made in the relatively early days of color art photography. Ed and I, working together with a 4x5 view camera, sought to find a balance between objective documentation and intuitive discovery. After the project was completed and exhibited in 1981, it remained unseen in my archive. I went on to other projects, and lived for 15 years in Amsterdam in the Netherlands.

After the events of September 11th, I was drawn back to New York as a subject for my camera. I began thinking about making a response to what had happened to the city, one that would take a longer view of the impact on New York and beyond. Eventually I came to the conclusion I should return to where I had begun--the Lower East Side--the place where so many Americans traced their roots. The old neighborhood tucked beneath the bridges lying at the feet of the pinnacles of power would serve as a barometer of change and continuity.

From the outset it was clear that this would not be a simple before/after take on the neighborhood. While keeping an eye on the earlier photographs done in 1980, I wanted to rediscover the place with fresh eyes, with the perspective of time, change, and history. The result, still being added to, is a set of photographs that looks backward and forward, that posits the idea that places are not simply “then and now,” but exist in a continuum of decay and rebirth.

Brian Rose is a photographer based in New York City. He graduated from Cooper Union in 1979, and shortly afterwards began photographing the Lower East Side of Manhattan. In 1985 he began photographing the former Iron Curtain and the Berlin Wall. That work has been published as the "Lost Border, The Landscape of the Iron Curtain." Rose has continued to photograph Berlin with a focus on the former border zone, and his Blurb book "Berlin: In From the Cold" received an honorable mention in the Photography Book Now competition in 2009. In 2012 Rose published Time and Space on the Lower East Side, which juxtaposes images of this historic neighborhood from 1980 and 2010. And in 2014 he published Metamorphosis, Meatpacking District, 1985 + 2013, a companion to Time and Space, which looks at the profound changes to that neighborhood and the city in general. Rose's photographs have been collected by the Metropolitan Museum of Art and the Museum of Modern Art.