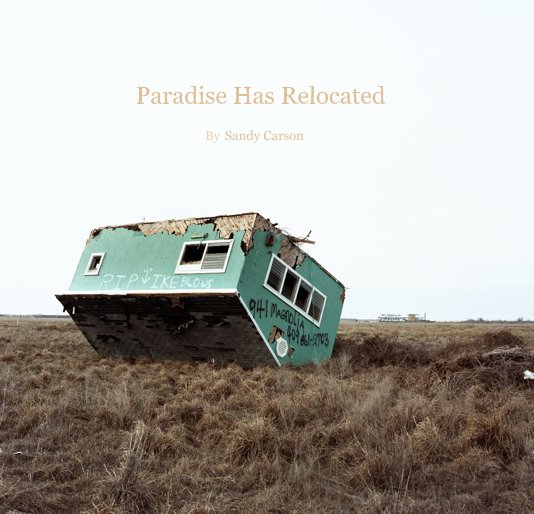 I well remember the media build-up to the assault from Hurricane Ike that wiped out so much of Galveston, Texas on September 13th 2008. “A great destruction is coming!” we were told, and the authorities ordered the locals to abandon their homes that they might save their lives. But in a weird act of Lone Star defiance thousands chose not to, preferring to stay and fight the whirlwind rather than take orders from some pecker-head in Austin, or worse, Washington D.C. Some died, others were ruined, still others fled the city as they realized the enormity of what they were up against. A friend of mine found himself locked up in his Houston home, alone with his heavily pregnant wife, as unseen wanderers, temporarily liberated of societal constraints, tapped menacingly on the windows. He called his father in Wisconsin, who offered to send guns.

And then it was gone. Not if you lived in Galveston or one of the other affected areas, of course, but for a sensation hungry media, Katrina had long since won the catastrophe-contest hands down and Ike vanished from our screens almost as quickly as he arrived. Thus it was not until I first saw Sandy’s photographs a year afterwards that I remembered the Great Destruction of Galveston.

The pictures are tragic: these are people’s homes and possessions that have been destroyed. And by the owners’ absence from the scene we must ask: what became of them? Did they survive? There’s also something voyeuristic, as courtesy of Ike’s violence we are able to peer into the bathrooms and bedrooms of strangers, to rifle through their photograph albums and Kodachrome slide collections. Then too the photographs are fantastic and cinematic, reminiscent of the scenery of some post-apocalypse film featuring talking apes, or the walking dead- only without the apes, or walking dead.

Sandy also has a keen sense of irony and an absurdist wit. Study the wreckage closely, as he did, and you will see how strange it is: a palm tree is missing its head; a kitchen is open to the sky, the dishes still in the sink, cups still hanging from the wall. Houses sink into the

earth. A vacuum cleaner sits on sand. There’s a Motel, but it has neither rooms nor beds nor walls. Minnie Mouse fears the stagnant tub of shit-water. Somebody somewhere is missing his Skid Row cassette: could it be the dead bird? And

what is that bizarre, grinning moai? Who exactly will shoot if I “lut”?

Sandy wanders like a ghost in a forgotten world, he looks but does not (or cannot) touch, choosing instead to make these strange visions tangible by capturing them on film. Very occasionally we stumble across a human form: a woman on the beach frolicking beside a homeless man crushed by a railing; or a child peering blankly at us from behind a window. But to tell the truth I’m not convinced by these phantoms, these echoes of a life that once was. The old Polaroids Sandy found in the rubble seem more alive to me, snapshots of lives suddenly uprooted, now reduced to inanimate junk like the smashed up church organ or mangled car. Jesus looks down from a wall; God’s love is on this island. But the island was ravaged nonetheless and what remains are piles of junk in a post-human landscape, meaningless and odd.

Galveston was destroyed by a hurricane once before, in 1900, but the city came back.

And two years after Ike it has already re-assembled itself, covering over the death and destruction and existential lessons of 2008. And thus we are able to forget, and carry on. But not completely- Sandy Carson, the ghost with the camera, has preserved the ruin, and with these photographs and this book he dispatches into the ever uncertain future a memento mori for those willing to heed it.

Daniel Kalder is the author of Lost Cosmonaut and Strange Telescopes.

*A percentage of book sales will go directly towards Hurricane IKE relief.

Sandy Carson (b. 1972) is a Scottish photographer who emigrated to the United States in 1993 to pursue cycling, and enjoyed a 15 year career traveling the world as a professional cyclist, where he honed his skills as a photographer. Carson’s photography explores sensitive cultural issues of American consumerism and the social landscape with a scrutiny particular to one who was born and raised in another country. Constantly at play in his photographs is an irony born from the juxtaposition of disparate elements, a duality that consistently informs his viewpoint and is an intrinsic element of his work. Carson’s photography examines a specific and personal segment of American life with a bent simultaneously absurd and poignant. Sandy has exhibited widely, both nationally and internationally. His commercial editorial work is published in The New York Times, Aperture, Bicycling, PDN, The Guardian, The Oxford American, The Huffington Post, Rolling Stone, and MIT Technology Review.