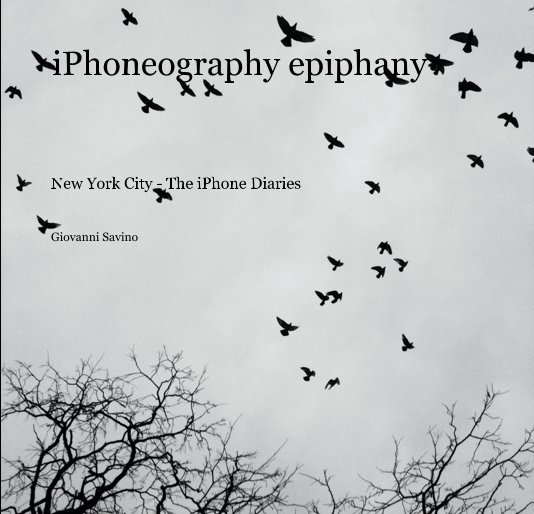 One day I felt I needed a new, small, unobtrusive camera that would occasionally allow me to make a phone call.

So, I got myself an Apple iPhone.

During most of my life, I had the pain and pleasure to create images using many different devices.

Besides the best lenses, the worst lenses, the great ergonomics, the dreadful ergonomics and the necessity to have at least some degree of technical expertise to get an image on your negative, one thing that most of these image-making devices had in common was weight.

And that was a problem sometimes.

Another problem, especially in recent years, became the increased difficulty of freely and candidly photographing in the street using a camera. I won’t embark on a dissertation about the reasons for this, here and now, although if you have tried lately to take a picture near an airport, on a bridge, in a subway station, in front of a federal building, near a schoolyard and in countless other locations here in the U.S. A., you might have found yourself easily mistaken for a terrorist or a pedophile.

I believe that photography is not about technically complex set-ups or mega-pixels; it is mostly about vision and having a photographic device ready to shoot whenever you see something that catches your imagination.

The iPhone is exactly that, in a stealth, non intimidating, almost reassuring cell-phone form.

The iPhone lets me be near my subjects and take their picture, sometimes openly, sometimes not, without resorting to a telephoto lens. At the same time it forces me to concentrate just on framing and on how to overcome with ingenuity its optical limitations, something I find refreshing, being accustomed to work with highly sophisticated equipment most of the time.

Also, thanks to several interesting iPhone applications, retailing for just a few dollars on the internet and multiplying by the day, I now have a lot of fun processing and manipulating my photos, either at the time of capture or later on, perhaps while sitting on a subway train going back home.

I feel the iphone truly capitalizes on serendipity.

The iPhone is rapidly evolving to be an artist’s tool from being a mere photo device.

“Iphoneographers”, to quote Horace Walpole’s words “are always making discoveries, by accidents and sagacity, of things they are not in quest of.”

It is almost as if the iPhone became a portal between my inner creative forces and what I usually call reality.

The photos in this book are excerpts from an already frightening extensive visual diary I shot and manipulated with an iPhone while walking around New York City in the first half of the year 2010.

I first discovered photography through an old shoebox of yellowing pictures on my grandparents’ kitchen table in Italy. They were born into extreme poverty at the beginning of the 20th century in the malaria-ridden swamps of southern Tuscany. Their pictures quickly became a portal for me to travel to a different era. They became a visual corroboration of the oral histories I heard over and over around a bowl of roasted chestnuts during the long winter evenings of my childhood. My passion for photography is about documenting and preserving oral culture. The main subjects of my personal work have been unsung heroes of everyday life: everyday people. For many years I worked for CBS News, traveling around the world learning to tell visual stories. Now, based between New York City and the Caribbean, I continue to find stories worth documenting and people worth giving voice to.