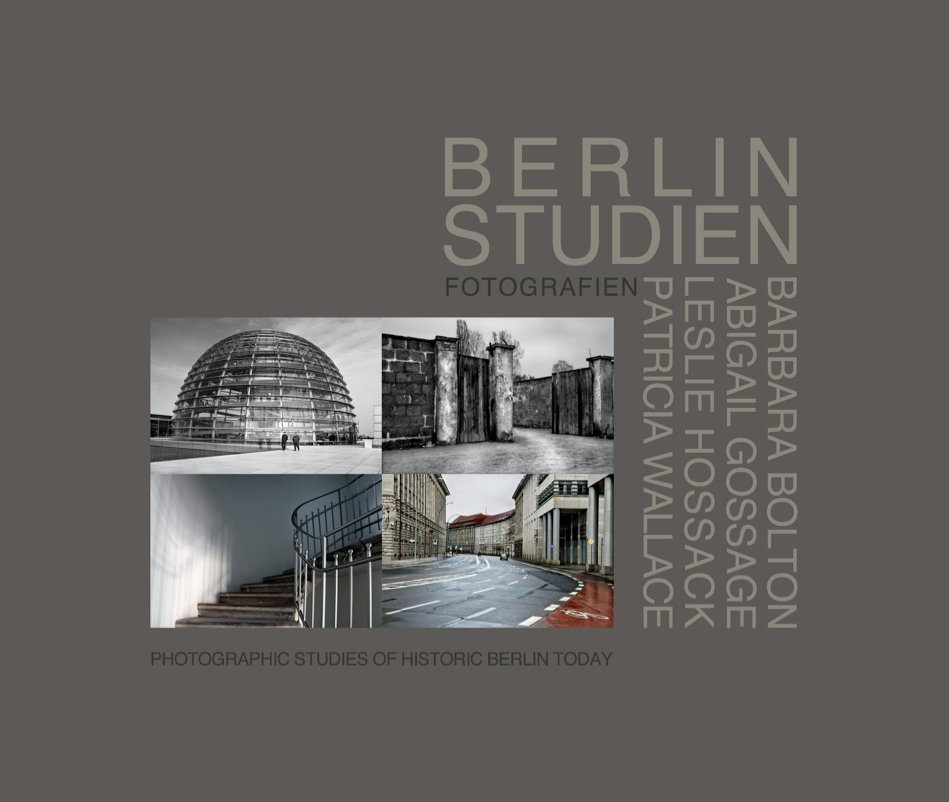 by Leslie Hossack with B. Bolton, A. Gossage, P. Wallace

BERLIN STUDIEN, a photographic study of historic Berlin today, is a collection of sumptuous images exploring one of the world’s most infamous cities - Berlin, a city with a past. Berlin reveals its history as raw scars clearly visible at every turn. Like the city itself, this volume both delights and disturbs.

How do you commemorate Berlin’s past without memorializing madness and trivializing victims? Berliners, and anyone attempting to photograph their city, must try to come to terms with acknowledging the past, while at the same time not exploiting it. This challenge was taken up by four Canadian photographers: Barbara Bolton, Abigail Gossage, Leslie Hossack and Patricia Wallace. In 2010 they travelled to Berlin where they explored Nazi architecture, Holocaust history, Stasi relics, and the quieter side of life in the city today.

The result is a collection of photographs that are sensuous and seductive, stark and spectacular, understated and engaging. BERLIN STUDIEN acknowledges the city’s tragic past, while at the same time celebrating its current status as a vibrant world capital. This is an anthology of revealing images that are in turn dramatic, disturbing, gentle, monumental. They explore the diabolical and the humble, the past and the present, the famous and the forgotten. Above all, these are truthful images. They provide an honest examination of Berlin today, after centuries of conflict and recent reunification.

Each photograph in BERLIN STUDIEN is accompanied by a descriptive text created by the artist. This volume also features a foreword by Michael Tardioli and an essay by Michael Schreier.

Leslie Hossack’s photographs have been exhibited across Canada from Vancouver to Newfoundland and in the United States. Focusing on the conflicted environment of the mid-20th century, Hossack has completed major studies of historic locations in Vancouver, Paris, Berlin, Jerusalem, Moscow, Kosovo, London, Normandy, Vienna, The Channel Islands, Rome, Edinburgh, Glasgow and Copenhagen. Articles about Hossack have appeared in publications in Canada, the US and the UK. Her work is held in private collections at home and abroad, and in public collections including: the National Gallery of Canada Library; Library and Archives Canada; the Canadian War Museum; Global Affairs, Canada; the Diefenbunker: Canada’s Cold War Museum; the Nikkei National Museum; the City of Vancouver; the National Churchill Library and Center, Washington DC; the Center for Creative Photography, Tucson AZ; the Sigmund Freud Museum, Vienna and the Churchill Archives Centre, Churchill College, Cambridge UK.