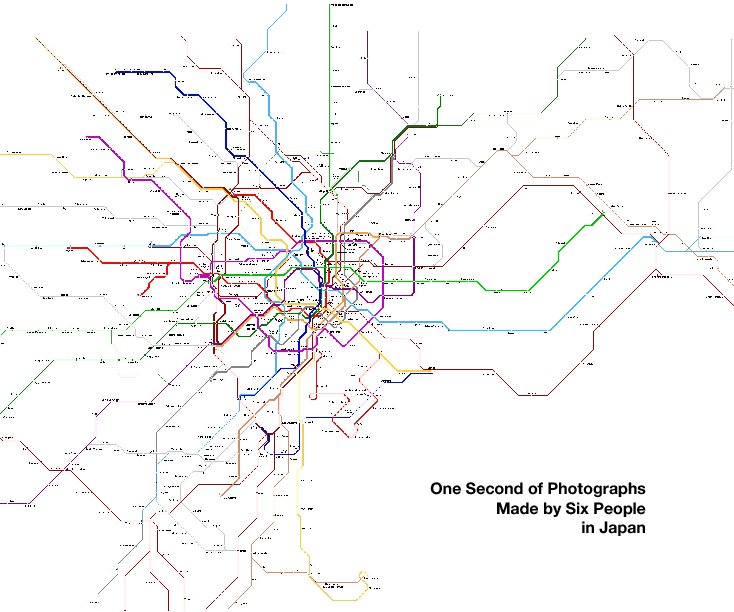 One Second of Photographs Made by Six People in Japan

Roughly One Second of Photographs Made by Six People in Japan

There is a fiendish pleasure in meeting people at Tokyo’s Narita airport after they have endured a thirteen-hour flight and crossed the International Dateline. Their disorientation is palpable – from bloodshot eyes to messy hair (which actually fits in quite nicely with the local, youthful styles), to the need for sudden, impromptu naps and its alternate in the form of sleep deprived stream of consciousness rambling. It is the equivalent of barging into someone’s room at 3AM and saying, “Wake up – let’s go photograph!”

Nonetheless, over the course of ten days, endless miles of walking new terrain, and innumerable new sounds, smells, tastes, and experiences, a transformation occurs. The initial shock and strangeness of being in a new country yields to impressions that are more delicate and nuanced and in looking at the images in this book I am reminded of a statement by the 19th century novelist William Makepeace Thackeray when he said: “The two most engaging powers of an author are to make new things familiar, familiar things new.”

If most photographs are exposed somewhere around 1/125th of a second, then collectively the exposure time of the images in this book adds up to barely a single second; however, the impressions that Japan and Japanese culture have made on Apollonia, Michael, Gabrielle, Hayden, Analissa, and Devon will certainly last for much longer.