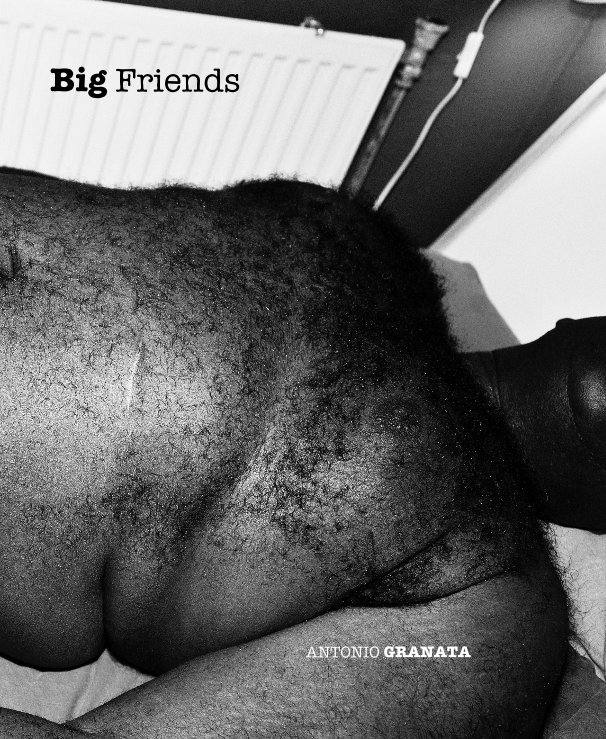 I often like to say that I am the product of a moment as a man and as a photographer.

It took one moment to be conceived by my parents and in a moment in front of my eyes I have seen my father dying.

Growing up in a house with only females, my mom and two sisters, not having a father figure as reference, for sure developed in me the curiosity towards a specific target of men.

After 25 years from his death I still miss my dad very much and I still look for him, in a way or another.

Photographing big men in their most private moments, in moments where only the closest are allowed, their wives or partners, gives me the ultimate thrill.

My voyeuristic needs are satisfied and for a short time I try to become invisible while they are busy doing their things.

I remember also, besides the moment I took my first picture, the first time I had to shave.

My father was not there to teach me and I used his shaving tools that had laid for all those years still in the bathroom cabinet.

It is not a coincidence that I take pictures of men while they are shaving and I realise that only now.

At the time I was in Italy, I was a medical student. For the first 4 years I studied Medicine, then I moved to the Nursing School for two years.

Training as a nurse, taught me a lot on how to approach people and to treat them with respect in the moment they feel the most vulnerable or worst they have no consciousness of themselves. I use the same care and respect today with the men I photograph.

I choose the men I photograph from the street. Neighbours, workers, men met on a train or stopped at the supermarket.

When they ask me what I want to make pictures of, they are always quite surprised to hear that I want to see them naked while they are shaving or taking a shower or being involved in other otherwise not so special moments.

I heard several times sentences like: “I never thought I would have someone making pictures of me while I am shaving my pubic hair”.

But they all agree at the end that was not that traumatic.

I like to shoot with my flash on camera or hand held. It enhances the feeling of being on location and helps me concentrate on the person in front of me.

I love to get close to people and I love to show details from their bodies. Poetry can be hidden sometimes. Beauty is tiny now and then.

Sometimes these men become landscapes for me; landscapes on which I like to roam on with my lens, that I like to explore, like in search for something that I have lost.

Sometimes I catch their essence from a unique detail. An ear or half a face of a person, their hands, can tell more than the whole person, if the moment is right.

I show body parts, absurd perspectives and meaningless moments that otherwise almost no one would document and that we tend to overlook in their ordinarily mask. I show instants that only the fast eye of a camera, synchronised at high speed with a flash, can show. Water splashes, eyelids blinking.

I used not to, but I always shoot pictures with both my eyes open now.

The photographer and the man-child are now one.