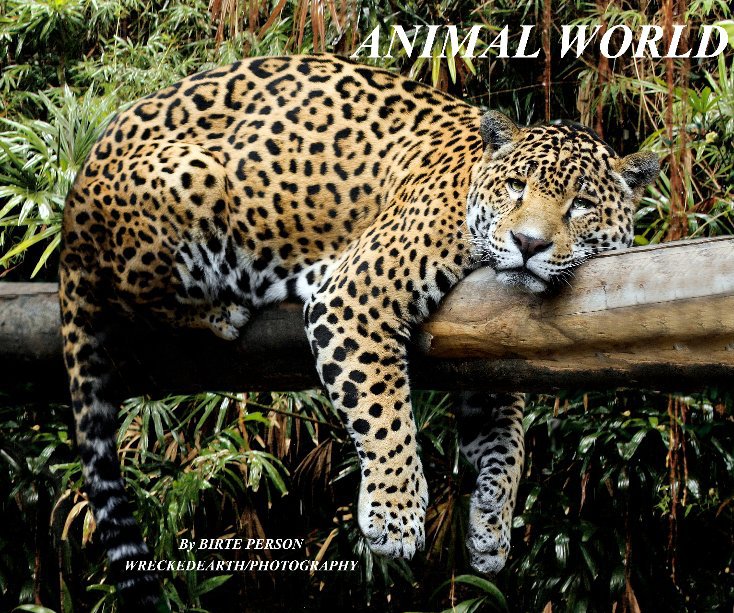 MAN THE SPECIES OF STUPIDITY !

Think about it. Most of us believe we are superior to other species. But are we?

To put our existence in perspective, evidence suggests that life on Earth has been around for approximately 3.7 billion years, yet our own species, Homo Sapiens, has existed for not more than about 200,000 years. Speciesism, which like racism and sexism creates an artificial boundary between allegedly superior beings and the rest, This leads to a mindset that seemingly legitimizes abuse. Isn't man an amazing animal? He kills wildlife by the millions in order to protect his domestic animals and their feed. Then he kills domestic animals by the billions and eats them. This in turn kills man by the millions, because eating all those animals leads to degenerative - and fatal - health conditions like heart disease, kidney disease, and cancer. So then man tortures and kills millions more animals to look for cures for these diseases. Elsewhere, millions of other human beings are being killed by hunger and malnutrition because food they could eat is being used to fatten domestic animals. Meanwhile, some people are laughing at the absurdity of man, who kills so easily and so violently, and once a year come Christmas sends out a card praying for Peace on Earth. There are many similarities between the violence humans perpetrate against other humans and the way in which they treat animals. We humans really are a stupid lot. Zoos are miserable places for animals they do not provide the amount of space animals have in the wild. This is particularly the case for those species who roam larger distances in their natural habitat. Tigers and lions have around 18,000 times less space in zoos than they would in the wild. Polar bears have one million times less space. Elephants in the wild live more than three times as long as those kept in zoos. Zoos claim to breed animals for eventual release to the wild but breeding programmes are primarily to ensure a captive population, not for reintroduction. There is a commonly held misconception that zoos are not only saving wild animals from extinction but also reintroducing them to their wild habitats. The confusion stems from many sources, all of them zoo-based. In reality, most zoos have had no contact of any kind with any reintroduction program. Captive breeding is considered by some conservation scientists to be a diversion from the reasons for a species’ decline, giving “a false impression that a species is safe so that destruction of habitat and wild populations can proceed. Zoos spend millions on keeping animals confined, while natural habitats are destroyed and animals killed as there is insufficient funding for protection. Studies have found no compelling evidence for the claim that zoos and aquariums promote attitude change, education, or interest in conservation in visitors.

1. It is all right to keep animals locked up so long as you can justify it with an excuse: "we need zoo animals for conservation / research / public education / to earn money'.

2. Humans are superior to animals because we can capture and control them.

3. Animals exist for human purposes and not as individuals who control their own lives.

All in all, humans use zoo animals as a dubious means to further human ends, in particular for the conservation of species for human posterity. Conservation, research, education and employment are noble ideals, but if you believe that animals should have rights, then zoos give animals a rotten deal.

I have been photographing for many years mainly environmental and nature photography.My work has been and is published worldwide in photography magazines and other major publications.