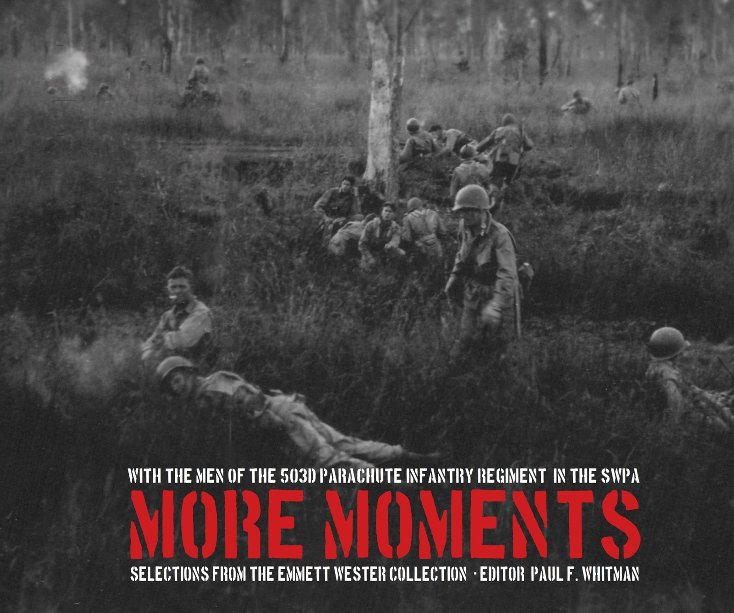 From time to time I receive contacts from people who tell me about their father, uncle or relative having died, and wondering what his part in that mega-disaster must have been like, and hoping if it was possible that I could connect them with someone who might have served with the relative, who might have known him personally even, that they might be in contact. Most always, that's impossible, and even if it were, there are two reasons why even in an ideal world, which this is not, it just doesn't work.

The first is expression and the second is communication. That great examiner of what it took to be a SWPA paratrooper, John Lindgren, touches upon the expression issue when he opines that having re-examined themselves throughout their advancing years, many men still carried a residual uncertainty about the battles they had participated in, and even about themselves, and whether they had fulfilled their lives as their own heroes might have expected they should. It's essentially an unanswerable question, for there is really no one to talk to about it unless the person they are speaking with has experienced the same thing.

Chet Nycum, who spent his war as a Pfc, and risked his life as a first scout, spoke to me of the difficulties he had experienced in talking with those who came to the topic without having done their homework, because it was "just plain difficult to open up to someone who doesn't even speak using your alphabet." Communication with a veteran requires a level of understanding not just of the times, but of the paratrooper persona.

I have tried to make this a book that's not about Emmett Wester personally, though it inevitably became about what he and his comrades saw, the faces of his contemporaries, and the places he and his brothers served in.

Most of the images came without the slightest identification of their subjects, or where they were taken. Some identifications have been possible, but there's still a need to fill in between the dots.

Wester would have denied he was ever a hero, of course. "Our heroes didn't return," he would have said. That's what many told me. But for me, the fact that they came home from the war and commenced to practice normalcy, as if hoping to trick it to return to their lives, that itself became a kind of stoic heroism that has never faded.

Named 'The Emmett L. Wester Collection' because he preserved them the indifferent years, the book also includes many snapshots which are from The "G" Company Photo Collection. The story of the origins "G" Company collection has been told before, but it deserves another retelling here, to ensure that credit is spread widely. It is unusual, to say the least, that the most comprehensive photographic history of the 503d PRCT comes from "G" Company, but that's just the way it is. To Chet Nycum and Mike Levack who were the co-creators of the "G" Company collection, we must give due credit.

This publication is dedicated to the preservation of the 503d PRCT's Heritage, so that people can look beyond the words of history at what is essentially an overlooked aspect of WWII, and in some respects, a relation of personal kinship experiences not otherwise told by those fathers, uncles and relatives during their time with us.