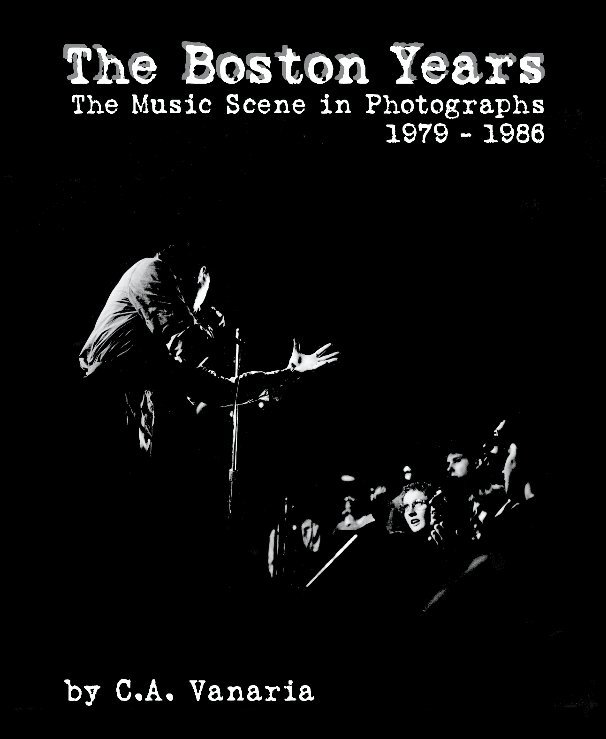 During the years of 1979-1986, Boston and the surrounding area, was a hot-spot for the rock and punk music scene. I was fortunate to photograph some of those bands during their performances. They included Anthrax, B-52s, Billy Idol, Bill Bruford, Cheap Trick, DYS, Howard DeVoto, Human Sexual Response, Ian Hunter, Jerry's Kids, Joan Jett, Lene Lovich, Mick Ronson, New Models, The Cars, The Jam, The Plastics, The Shirts, Proletariat, Talking Heads, The Clash, Tom Petty, X, and XTC.
Author website
http://www.cavanaria.com

C.A. Vanaria’s work has been published in XTC: Song Stories (Hyperion, 1998), Exposure: Special Edition, extended booklet accompanying Robert Fripp’s re-release (Discipline, 2006), Smithsonian Rock and Roll: Live and Unseen (Smithsonian Books, 2017) and "This is Pop", a documentary on the band XTC (2017) as well as various fanzines. Her portrait work is in the Polaroid Collection, as well as numerous private collections, and has been exhibited at The Aldrich Contemporary Art Museum (Ridgefield, CT). Vanaria is currently a Professor of Photography and Chair of the Department of Art at Western Connecticut State University, in Danbury, Connecticut. She is also co-owner of Still River Editions, a photo lab and digital fine art print studio also located in Danbury. She is a graduate of the Hartford Art School, and holds an MA in digital photography from Savannah College of Art and Design and a MFA in visual arts from Lesley University.