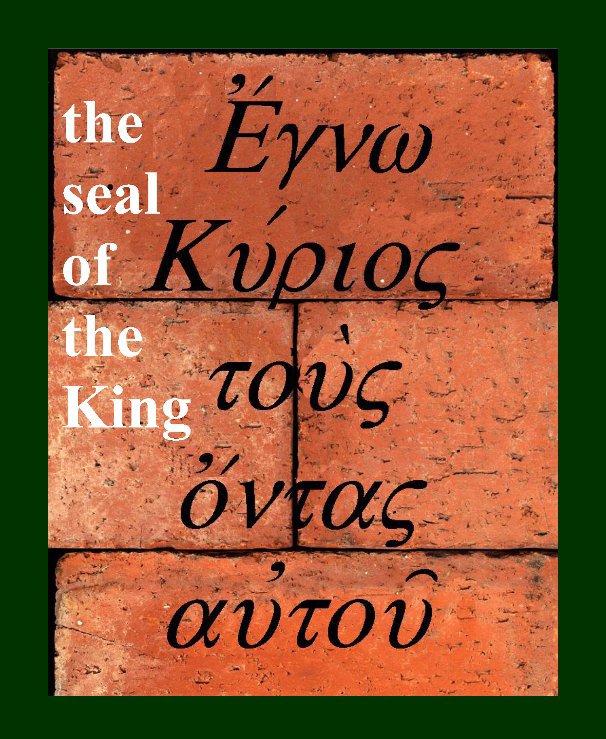 The Seal of the King. A Rebellion Against Disobedience.

The books of 1 and 2 Timothy and Titus, written by Paul, allow the Christian, both in the first century and the twenty-first century to closely attend to his or her salvation, to live in righteousness and maintain in faithfulness. The Pastoral Epistles were written to further clarify our proper life as part of “the administration of God’s grace” in order to bring the salvation message of Jesus Christ, the Messiah. How much more relevant are the writings of Paul after nearly two millennia when a radically respectable life is necessary in a recklessly rebellious world that is moving closer to the culmination of that union!

Paul uses expressiveness in his writing to Timothy that is often lost in languages other than the original Greek. Specifically, in this section of Scripture, 2 Timothy 2:8-26, Paul outlines a historical background of truly historic proportions in a comparative and contrasting structure that spreads across the millennia. He uses Aristotle's enthymeme, or truncated syllogism, his maxim, and his paradigm or model, the three components of rhetoric, and the Hellenistic metomymy, woven in the Hebraic chiasm to write to us his last words on earth before his martyrdom. He is writing his heart's desire. Under the influence of the Holy Spirit, Paul has written the most elegant writing in all of history. He is describing "the seal of the King."

In this book, you will find the key 19 verses for the rapture of the Christian Church that will unlock 45 sections of Scripture throughout the Old and New Testaments regarding the rapture. You will find in these verses that Paul leads us to the most important and the greatest challenge for the Evangelical Protestant Church today, occurring between Romans 11:24-27 and Daniel 9:24-27, because overlapping in those Scriptures is the preparation for the passing of the baton to the Jews to spread the salvation found in Jesus Christ to the world during the time of Jacob’s trouble, The Great Tribulation. In this book, over 220 references from the first to the twenty-first century and over 950 footnotes with 5 appendices provide documentation needed for this challenge. Six full page illustrations and numerous color diagrams provide inspiration and clarification. The most important point is this: the rapture will substantiate the most important event in history--the resurrection of Jesus Christ.

May you gain confidence in knowing that our inheritance is with and in Him!

Dr. Dave Pitcher is an orthopaedic oncologic surgeon at the University of Miami. He and his wife attend Calvary Chapel Fort Lauderdale. He is a member of the AAOS, the AOA, the Christian Medical and Dental Associations, the Southern Orthopaedic Association, and others. He is the author of "Making the Assist: Caring for Those with Cancer" (Thomas Nelson) and "After the Rapture: Passing the Torch" (Bridge-Logos). He has contributed to more than 60 medical publications as well, many of which can be viewed at www.pubmed.gov. Doctor Pitcher grew up in Tulsa, Oklahoma, where he attended Edison High School where he graduated in 1974. He completed a BS in biomedical chemistry at Oral Roberts University in Tulsa in 1978 and graduated from the charter class at ORU School of Medicine in 1982. He completed his orthopaedic training at Tripler Army Medical Center in Honolulu and his Musculoskeletal Tumor Fellowship at MGH in Boston. He is an Associate Professor at the University of Miami.