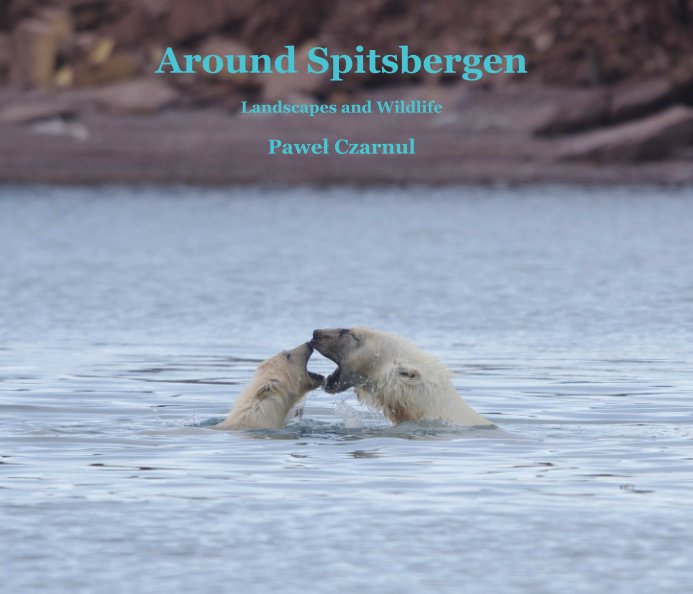 The album contains descriptions of observations and corresponding photographs taken during an expedition conducted around Spitsbergen in July 2012. The latitudes of the visited locations ranged from 76° N in the south up to over 81° 14' N in the north reaching the sea ice far north of the Svalbard archipelago, well above any land towards the North Pole.

The short summer attracts huge numbers of birds that come and breed in this region thanks to the food rich waters. Seals, walruses and many species of whales also benefit from sea food. The Polar Bear - the symbol of the Arctic - relies heavily on populations of seals. Constant supply of food is especially important for females with young cubs who come out of dens early in the year. Females, who have had no food for a few months, now need to hunt efficiently to be able to feed their young ones. Cubs do not have experience and do have to learn everything from their mothers. The bears that spend summer in Spitsbergen, look for food on islands. In particular, such bears search for nesting birds. Arctic Foxes or Glaucous Gulls hunt for smaller sea birds residing in huge numbers on steep cliffs. There is a population of the Svalbard Reindeer in the region, a small subspecies of Rangifer tarandus. During the expedition the author photographed birds that appeared in considerable numbers such as Little Auks, Brünnich's Guillemots, Black Guillemots, Kittiwakes, Common Eiders, Arctic Terns, Barnacle Geese, Glaucous Gulls, Snow Buntings, Great and Arctic Skuas but also rare ones such as Sabine's Gulls and Ivory Gulls.

Finally, landscapes, either seen from a plane, mountainsides or the sea level are just magnificent. Although the sun

is above the horizon 24 hours a day in July, the 10pm-2am hours often offer spectacular side or contra light for unforgettable experiences of the surrounding scenery.

NOTE: there is also a hardcover version of this book available at:

Paweł Czarnul obtained his PhD in computer science from Gdansk University of Technology, Poland. He specializes in parallel and distributed computing, high performance computing, mobile and Internet technologies. He is passionate about nature: be it a small ant, a fast Peregrine Falcon, a majestic White-tailed Eagle or a big Polar Bear. He is always looking for incredible sunrises, sunsets, rainbows, dark skies, strong winds. He likes to spend long hours in a hide waiting for the right moment to press the shutter button. He is based in Gdansk, Poland.