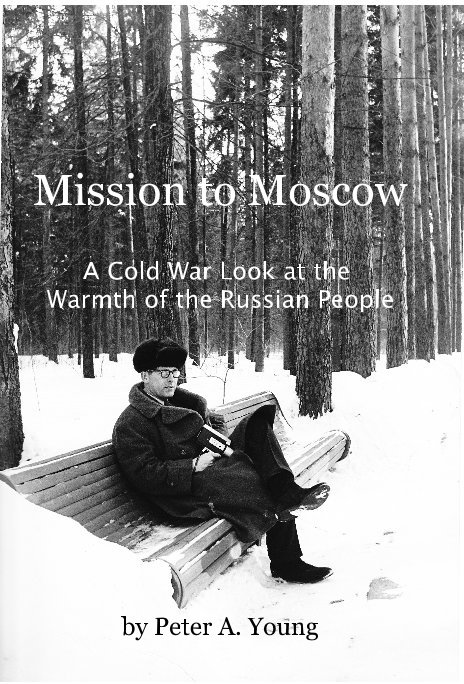 by Peter A. Young

Fifty years ago when few foreign journalists ventured very far into the Soviet heartland, Life magazine sent me prospecting for stories from the Black Sea resorts to the shores of Kamchatka in the Pacific Far East. This was a daunting assignment and one that I saw as a rare, once-in-a-lifetime opportunity.

What I found was truly astonishing. I discovered a slowly opening Soviet society driven by three new forces ­ a new generation of youth seeking a more influential role in the country¹s affairs, new and enlightened, western-style business management, and an intelligentsia, for whom freedom of expression was becoming an everyday fact of life.

I wrote about beer parties at youth camps on the Black Sea, Stalin¹s hometown in Soviet Georgia, the celebration of the fiftieth anniversary of the Bolshevik Revolution, and profiled such notables as Natalia Bessmertnova, the future Bolshoi prima ballerina whose name in Russian means "immortal;" and Yugoslavia¹s Milovan Djilas, the first ranking Communist to openly defy the system in a series of books for which he was jailed for more than 20 years.

A new literary class was appearing in Russia at the time, represented by the poet, Andrei Voznesenski, a leader of Soviet intellectual life. We became good friends and I spent several pleasant evenings with him, discussing new Soviet artists and recent changes in the Russian cultural scene.

For the high point of the memoir, I recalled the Soviet-led invasion of Czechoslovakia and reviewed, with fresh insights, the shocking sight of Russian tanks entering Prague. And I closed with a profile of Milovan Djilas, who, looking ahead, told me: "History will take quite a good walk through the Soviet Union by the end of the centrury. In thirty years, everything will be changed in Russia, its economic and social relations with the West, its government and Party structure. The spirit inside the Party will change. I believe democracy will come to Russia. It has to come. It cannot be stopped."

To quote Roy Rowan, Life¹s former chief of correspondents, "Peter¹s superbly written memories of that unique assignment reflect the most colorful and amusing high point of a life-long career of reporting and editing."

Peter A. Young, a gradutate of Princeton University and the Columbia Graduate School of Journalism, developed special coverage of the fiftieth anniversary of the Bolshevik Revolution during his two-and-a-half years as Moscow Bureau Chief for Life magazine, and subsequently he reported the Soviet invasion and occupation of Czechoslovakia as Life’s Vienna Bureau Chief. He covered events in the Middle East as a correspondent based in Paris, interviewing scores of Arabs for a special issue on Arab-Israeli relations and the Palestinian question. Young later interviewed Chile’s Marxist leader Salvador Allende shortly before Allende's assassination. He profiled former Ambassador George H. W. Bush during the debate over the admission of Communist China to the United Nations and later interviewed the first Communist Chinese ambassador to the UN. A managing editor of The Saturday Review during the 1970s, Young became Editor-in-Chief of Archaeology in 1987 and held that post for 23 years.