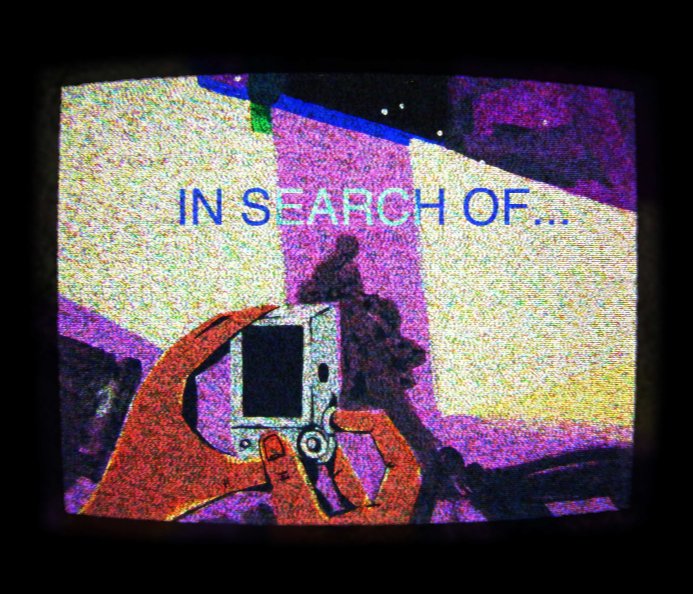 In Search Of... was a 1970ʼs speculative documentary TV series narrated by Leonard Nimoy famous for its expansive subject matter, semi-psychedelic visuals and creepy lo-ﬁ synth score. Yes, the style of the show is very appealing but there is a layer of appeal beyond its dated charm. One weekʼs programing may cover the lost city of Atlantis, the next show Bigfoot, followed by an alien pyramid architect debate. The possibility of super-natural or extraterrestrial explanations to a theory was approached with excitement and imagination instead of skepticism and doubt. It was the ʻsearchʼ that was important not the proof! This methodology resonates with visual artists for whom the truth lies not necessarily in the depiction of life as it appears but instead as it might or could be.

Amanda Lechner and Dustin Dennis are visual artists who live and work in Brooklyn, NY.