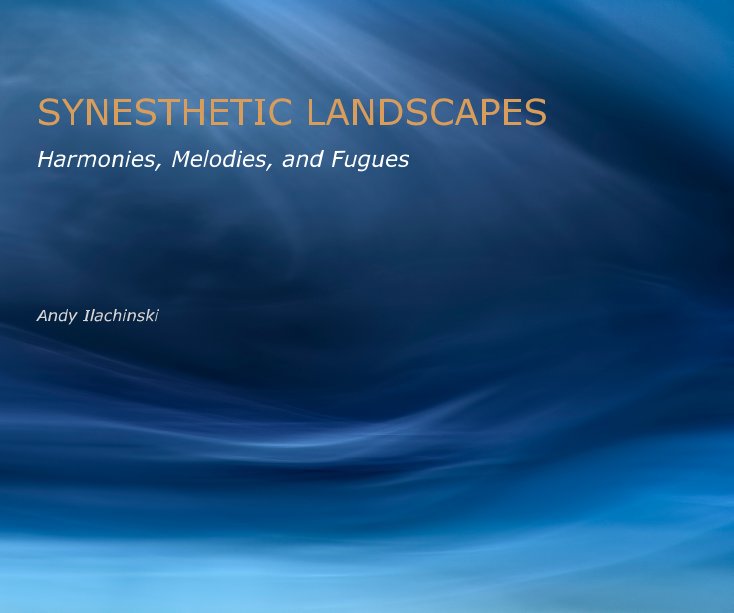 This project dates back to Thanksgiving 2009, which my family and I celebrated at my mother-in-laws' home in Florida. As our meal started, and I reached for salt, I was mesmerized by the reflections of the overhead lights on the salt shaker's sinuous brushed-aluminum surface. Naturally, I spent the remaining part of our trip playing with the macro lens with which I always travel.

After we got home, I played with other reflecting surfaces and soon moved on to refractions of light in various forms of translucent colored glass. I've since used every imaginable glass or plastic object; from glasses and goblets to crystals, vases, prisms, whiskey and rum bottles! But what started out as an innocent exploration of "colored light abstractions" - captured for their own sake, purely in terms of their aesthetics - at some point evolved into a more focused "search" for what I call synesthetic landscapes (and called Synesthscapes for the portfolio that was published in Lenswork Magazine DVD Edition #105).

Synesthesia derives from the Greek syn, meaning “union” plus aisthaesis, meaning “sensation,” and thus means "joined sensation," such as when something that is ordinarily "seen" is tasted as well. It is a condition that appears in some form in up to 1% of the population. In my case, up until about the age of 10, I vividly remember perceiving numbers (and, less frequently, letters) as colors. Sadly, I now only rarely experience this phenomenon. I call this series Synesthetic Landscapes because of the suggestive manner in which reflections / refractions of otherwise "unappreciated" streams of light evoke the synesthetic experience of vast landscapes, seascapes, and other "majestic" vistas.

A Ph.D. physicist specializing in modeling complex adaptive systems by day, Andy is a published photographer who spends most of his free time with a camera. A founding member of Lorton Arts Foundation's Workhouse Photographic Society in 2009 (near Occoquan, VA), his photographs have won numerous awards, have been exhibited in many juried solo and group shows, hang in galleries, businesses, and private homes, and have appeared in numerous publications. Featured in Lenswork four times, spotlighted in B&W magazine twice, multiple-time finalist in the prestigious B&W Spider Awards, and published on many on-line magazines and blogs (including Luminous Landscape and Shadow & Light magazine), Andy has also been featured in Stone Voices magazine and won the international book contest sponsored by the UK Black + White Photography magazine in 2007. His blog (started in 2004) has been named one of the top 100 photography blogs by Photography Colleges