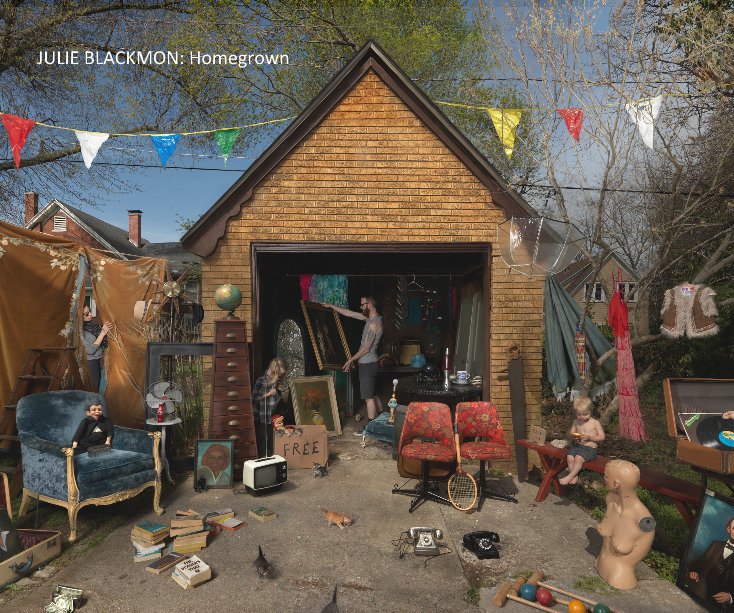 Work by Julie Blackmon, whose images of her children, nieces, nephews and friends, have transfixed the art world. Blackmon, herself the oldest of nine children, balances her role as a mother of three and an artist, referencing family life and the circumstances it creates. Chaos, disorder, fantasies, social gatherings, game playing, all of these scenarios continue to dominate Blackmon’s work, which we first witnessed in her series, Domestic Vacations (Radius Books, 2008). Elegance, triumphs, dangers and solace mix with fantasy, where nothing is quite as it seems. Like Alice in her wonderland, Blackmon’s children appear in reality and fantasy, engrossed in their fictitious worlds.
Influenced by Jan Steen and 17th c. Dutch paintings, Blackmon also credits Edward Gorey, Tim Burton and Federico Fellini, who stated, “the things that are most real to me are the ones that I invented… even lies are interesting, eloquent and revealing, just as much as what is considered the truth.” By looking at her family through the lens of fiction, Blackmon reveals her own truth and one that seems to resonate with audiences’ worldwide.