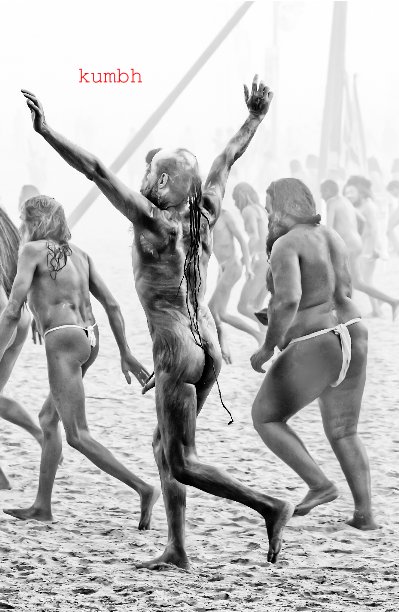 maha kumbh mela 2013 monographs from first day of the festival

Every twelve years, a new city appears from the sand in the barren ghats of Triveni Sangam at Prayag near Allahabad, India. At this time leaders of many religious beliefs make this city their home, and with them gather their followers, thousands of naked ascetics, millions of devout Hindus, ordinary men of faith who come here to wash their sins by taking a dip in the confluence of three holy rivers, and swarms of international and national media who are here to just witness this spectacle, this carnival of faith, this the largest gathering of humanity in the world.

The Maha Kumbh Mela that fell in January-February 2013 was the most auspicious in 144 years. Hence, the city of Allahabad welcomed over 100 million people to temporary shelters over 56 days of the festival on the banks of the Sangam -- the amalgamation of three of the holiest rivers in Hindu mythology, the Ganga, Yamuna, and the mythical Saraswati. The night the fair began, I, with my parents, traveled from Delhi to experience different moods of the Kumbh Mela and also to capture this unprecedented influx of people. The morning of the very first day of the festival, I saw glory, human diversity, a parade of Nagasadhus with whips, pitchforks and flails, walking barefoot and chanting slogans, the play of extremism, and lots of politics, too.