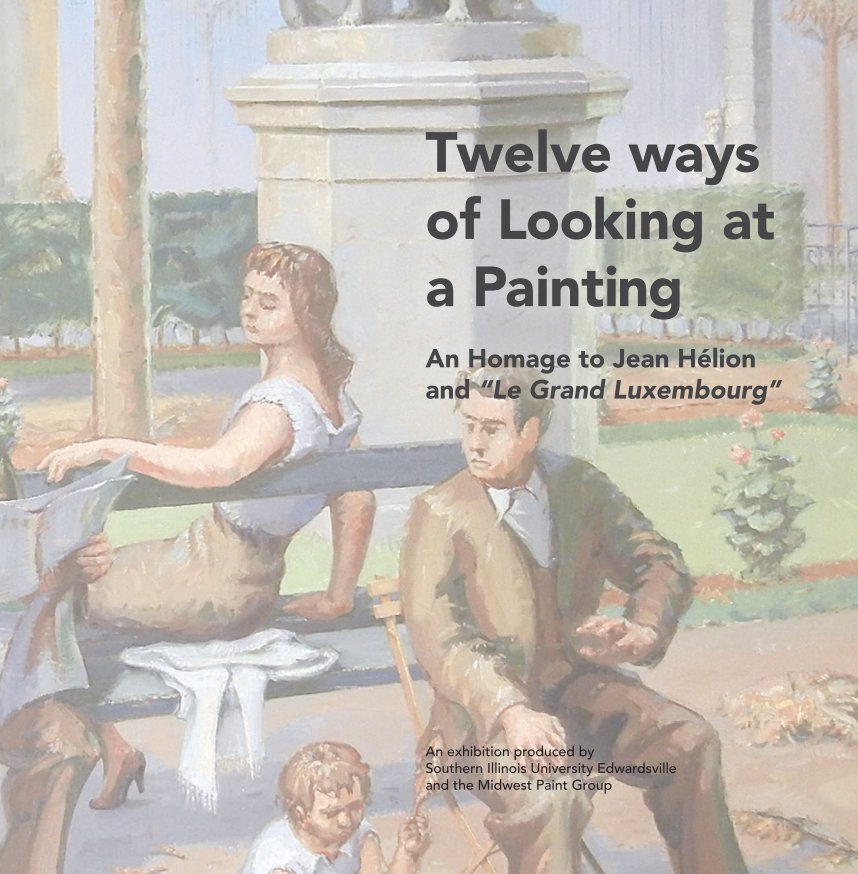 Forward by Eric B. Barnett:
In February 2013, The University Museum at Southern Illinois University Edwardsville was approached by Glen Cebulash, Chair of the Department of Art and Art History at Wright State University, on behalf of the Midwest Paint Group. Individually and collectively, the twelve members of that group have been influenced by the work of the French artist, Jean Hélion.
Mr. Cebulash expressed the group’s interest in creating a series of artworks in response to our Hélion painting. Through our conversations, we came up with the idea of hosting a visual symposium in which the various artists present their work and establish what we hope is a visual dialogue among the artists that can be shared by a broader audience.
SIUE is fortunate to have in our collection an important painting by Hélion entitled Le Grand Luxembourg. Joseph Cantor of Carmel, Indiana donated this painting to the University in 1965 through the efforts of Katherine Kuh who was responsible for assembling the original art collection of SIUE. This painting came to SIUE rolled as one would a large rug. Due to the size of the piece, it had to be stretched in situ. Le Grand Luxembourg is an important work because it marked the height of Hélion’s post-WWII departure from Universal Abstract painting and subsequent movement towards representational art.
Produced by the Midwest Paint Group.
Author website
http://www.midwest-paint-group.org

The Midwest Paint Group, (MPG), is an association of American Midwestern painters working under varied processes defined as Post Abstract Figuration. This type of painting is built on the past great traditions of art and from 20th Century modernist painting.   It is the group’s position that abstraction is at the core of their work. Each member of the group individually interprets and employs the idea of abstract plasticity. They make paintings with powerful two-dimensional presence. They seek nature’s complex beauty balanced with a unifying human vision and emotion. Their work has representational and abstract motivations that engage the painterly dimension of both.  The Midwest Paint Group artists are participating in this significant 21st Century movement because they see it as a vital continuation and development of new, visually intelligent and emotive works of art.