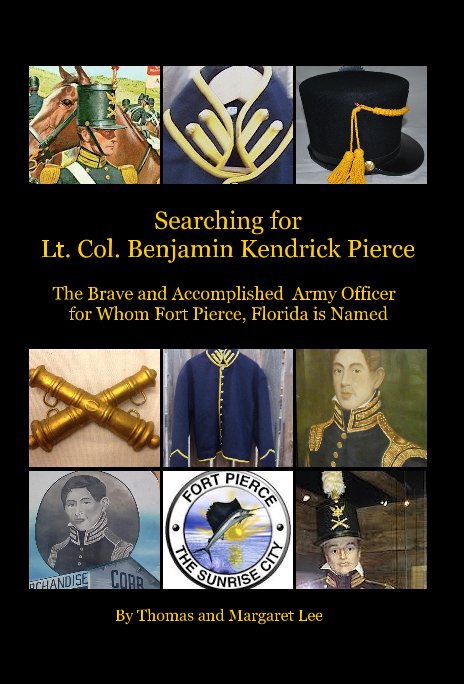 The Brave and Accomplished Army Officer for Whom Fort Pierce, Florida is Named

by Thomas and Margaret Lee

The fascination begins with my grandfather, Edward Edson Lee (1884-1944), a Wisconsin author who published 50 books under the pen name of Leo Edwards. (www.leoedwards.com) At the height of his success in the 1920's, he and my grandmother, Gladys, spent the winters in St. Petersburg, Florida.

Later my parents, Eugene and Elizabeth Lee, enjoyed a number of winters in Florida and finally moved to Brooksville, Florida when my dad retired.

As a sailor, I had always dreamed of taking my boat by water from my home in Ontonagon, Michigan on Lake Superior to Florida. Because of our family history, I first looked at ports on the gulf side of Florida. Then I met Roger Cook while painting my boat in the Ontonagon Marina. Roger was retired as the Building Official in Fort Pierce, Florida. He recommended Fort Pierce as the place to live on a sailboat during the winter. He was right.

At the age of 73, and the oldest working librarian for the State of Michigan, I decided it was time to make my trip. I flew to Fort Pierce, checked out the Fort Pierce City Marina, and walked around the historic district. I went to K-Dock where most of the sailboats were, and talked with the captains. It was like meeting my wife, Margaret, for the first time. I knew immediately that this was perfect.

I quit my job and on August 1, 2012, I sailed out of the Port of Ontonagon on Lake Superior, heading south by water. Two and a half months later, after a thrilling trip, I tied my sailboat WINDSONG up on K-Dock, where the excitement never stops!

Returning to Michigan for the summer and doing a favor for a school superintendent started my search for Benjamin Pierce.

ThomasLee has been married for 57 years to his wife, Margaret, and lives in a historic lumber baron’s house in Michigan on the shore of Lake Superior. Growing up midwestern and typically American, Lee was in the Boy Scouts of America, became an Eagle Scout, earned the God and Country award, and was a member of the Order of the Arrow. Lee served in the 82nd Airborne Division and the 18th Airborne Corps. He attended Ripon College, the United States Military Academy at West Point, the University of Wisconsin and the University of Michigan. He holds two graduate degrees, one in Library Science and one in Education. He was a school librarian, a prison law librarian, a publisher, and businessman. An experiencd sailor, Lee can be found on Lake Superior aboard his British sailboat, the sloop PENRYN. To contact the authors, e-mail them at: thomasgrahamlee@gmail.com