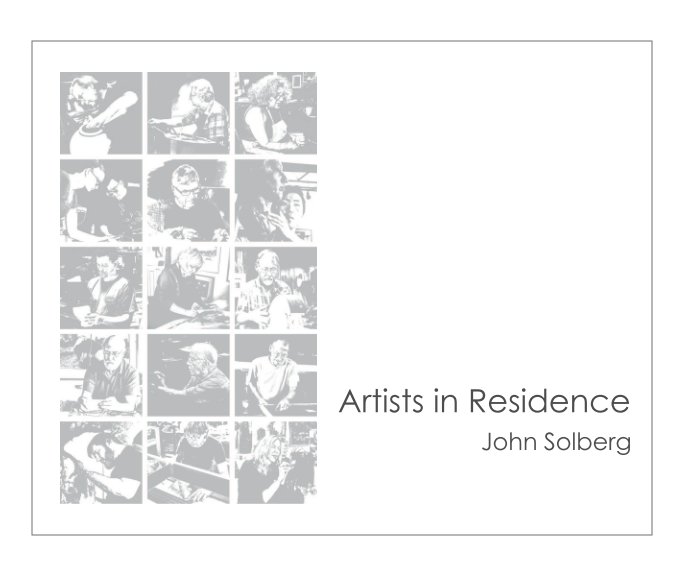 My challenge was to create a body of photographic work around a specific theme constrained geographically to the Neighborhood of the Arts (NOTA) in Rochester, New York.

While I was wandering through the halls of the Anderson Arts Building in the Neighborhood of the Arts, an old shoe factory converted into artists studios, I was captured by a beautiful display of the successive stages of a serigraph. Suddenly I realized that we all get to see the final product of an artist’s work, but few of us have the opportunity to see the artist engaged in the creative process itself. I knew then that I wanted to photograph artists in their studios, as they worked. These would be some of NOTA’s Artists in Residence and the resulting images would become a book. This book!

I began to look for artists that would be willing to collaborate with me. I followed referrals, stopped into studios with open doors, searched on the Internet, sent emails, and one by one I talked with artists about their ongoing work and about my photographic interest. Whenever I felt an affinity for their work and a positive spirit from our interaction, I invited them to be a part of my effort. It would be a collaboration. Graciously, most accepted.

There were often several photo-shoots with each artist, with time for getting to know each other better, conversations about process, materials, concepts and philosophy. There was also time in silence – time when the artist would simply work, and during which I would try to become invisible, looking to find a particular moment, a perspective, an expression that revealed both the artist at work and the almost magical connection between artist and creation.