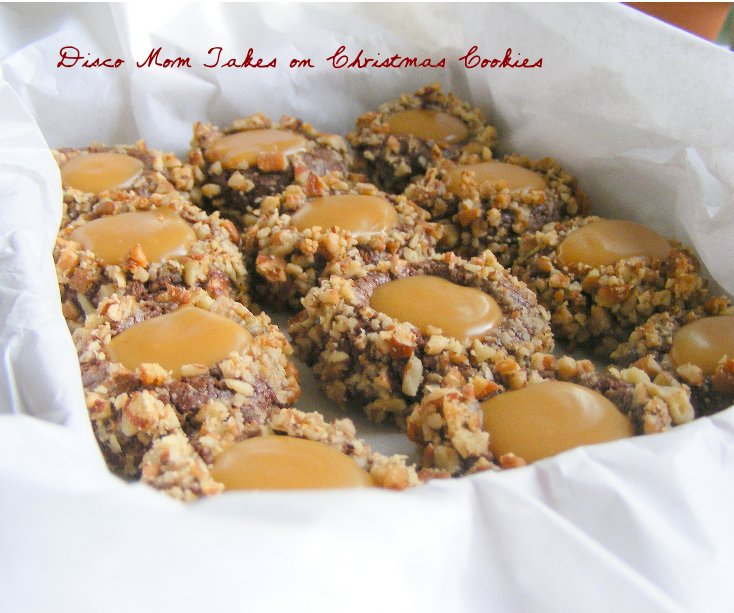 In December 2008 I had the crazy notion to post a series on my blog, Disco Mom Takes on the World, called the Virtual Goody Plate (VGP.) Every day in December I posted a new cookie, bonbon, bark or confection recipe, complete with comments and pictures. I began making them months ahead so as to be ready, but as the Christmas season approached, and cookie magazines appeared on news stands, I found more and more I wanted to try, so in the end I was making several a week anyway in December, choosing only the best for the VGP. Unfortunately some of the good ones didn’t make the cut, for variety’s sake, and to make room for things like the Trader Joe’s Pumpkin Bread Mix giveaway one day. So I figured if I already have all the recipes typed up, and pictures taken, and they are all recipes I like and want to make again (though not in January), why not throw them all in a book, at least for myself, and for any readers that may want it as well? I considered naming it VGP: The Book, but as usual my brother Dave came through with just the right title. After all, this year, I really did take on Christmas cookies.