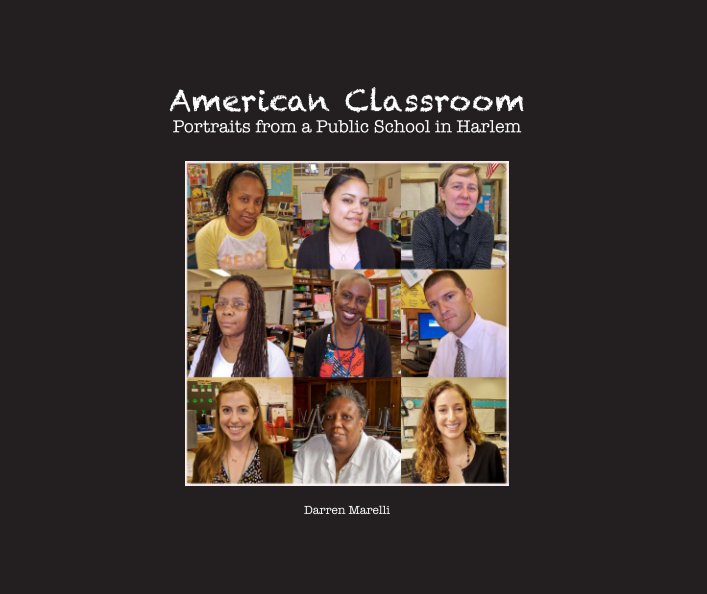 Portraits from a Public School in Harlem

by Darren Marelli and Mollie Bruhn

“Marelli and Bruhn’s moving story amplifies the voices of P.S. 241’s dedicated teachers and staff as they do their best to serve the City’s most vulnerable students despite grinding poverty, know-nothing bureaucrats and strangled resources.”
—Noah E. Gotbaum, Harlem Community Education Council 3

About "American Classroom":
In the spring of 2009, Darren Marelli, a public school social worker, photographed and interviewed the teachers at his school in Harlem. Months before, the New York City Department of Education had announced plans to close Marelli’s school—P.S. 241, The Family Academy—claiming that the school and its teachers had failed. Marelli had worked side-by-side with the teachers at his school since 1999. What he saw was far from failure. Every day he witnessed dedicated, courageous teachers working hard to serve a high-needs student body, while necessary support and resources dwindled away. In his portraits we see the brave, persistent faces of educators, captured as Marelli knew them—not as failures, but as heroes. "American Classroom" tells the story of P.S. 241 and gives voice to the teachers, students and community, who were, in actuality, far from failing. While the portraits Marelli made are of teachers in just one school, the story of his public school and the questions it raises are powerful symbols of the fate many of our nation’s public schools are facing.

From "American Classroom":
“With the onslaught of negative attention and the all-out attack on our school in the fall of 2008, I found myself shifting my focus to defending not just our school, but the future of public education. Our school was just one example of the war on public schools that had begun. Through this ongoing fight, I became an education activist. I spent countless hours attending rallies, meetings, and organizing with fellow activists. Our school was spared from closing through this process, but the battle had only begun.”
—Ellen Darensbourg, P.S. 241 Literacy Coach