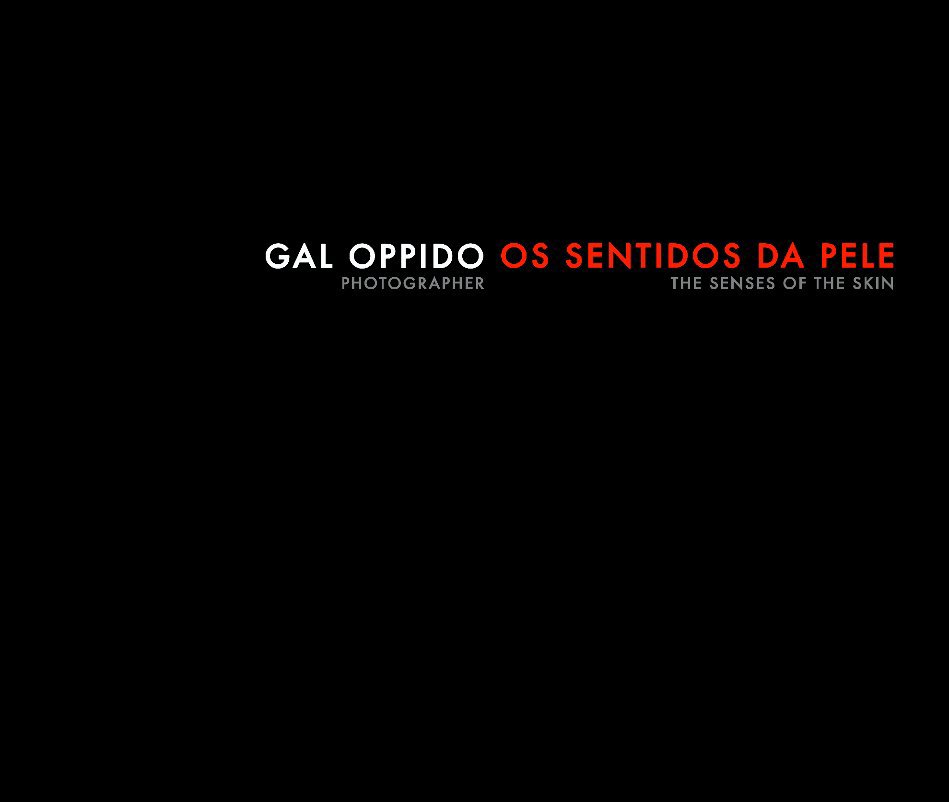 THE SENSES OF THE SKIN

The Senses of The Skin

This set of photographic essays aligns some ventures where the body is always set to its original condition, destitute of its clothes, without any tools, unprotected in its animal vulnerability – as in recent past when subjected to all kinds of severe and even irreversible actions from nature and mankind itself, nevertheless those are currently subdued by the intellection capacity of men and women, empowering mankind to manipulate and process on a planetary scale the materials that compose the world as we know.

They can be seen as a speculation over the human animal, endowed with a particular intelligence, revealing the body as a test ground for deprivation and devotion, exposing its aspirations and desires, fears, origins, roots, trajectories, temporality and mortality. Today, the ability to synthesize matter almost entitles the human being to overcome the finitude of the human body.

The idea of permanence established by a drawing inside a cave, a mummy, a sculpture and a painting, a photographic or cinematographic recording, a holography, a sound or video recording as well the attempts to human cloning approaches mankind of its biblical longings of eternity and omnipresence.

It is exercise of dissection in life over the body pulsating of meanings, splitting its parts as a single guillotine, different from the original one, which according to Daniel Arasse was the first portrait machine as it separates the face from the victim body, showing its identity as in the document size photo, made of paper but nevertheless pointing to the life arrested by the image.

São Paulo - Brasil 1952 Photographer, essayist with professional works in the fields of scenic arts, architecture and graphic projects. Architect, graduated from the School of Architecture and Urbanism of the University of São Paulo. Teacher, the discipline of Visual Language in the School of Architecture of the PUC - (1979 - 1990). Teacher, of the discipline of Graphic Project of the College IAD (1973-1975). Musician, integrant of the Grupo Rumo. Photographer of the Municipal Theater and of the Ballet of the City of Sao Paulo (1989 - 1993). Landscape Architect of DEPAVE - Department of Parks and Green Areas of the Administration of Sao Paulo, from 1976 to 1987, developing projects of squares, parks and works of visual communication and mounting of exhibitions and events. Awards “Best of Category 2001 - Printing Industries of America – 2001 ”, by the graphic design portifólio of Publisher Graphics TAKANO. VOGUE photographer collaborator of Brazil - 1990 to 2000.