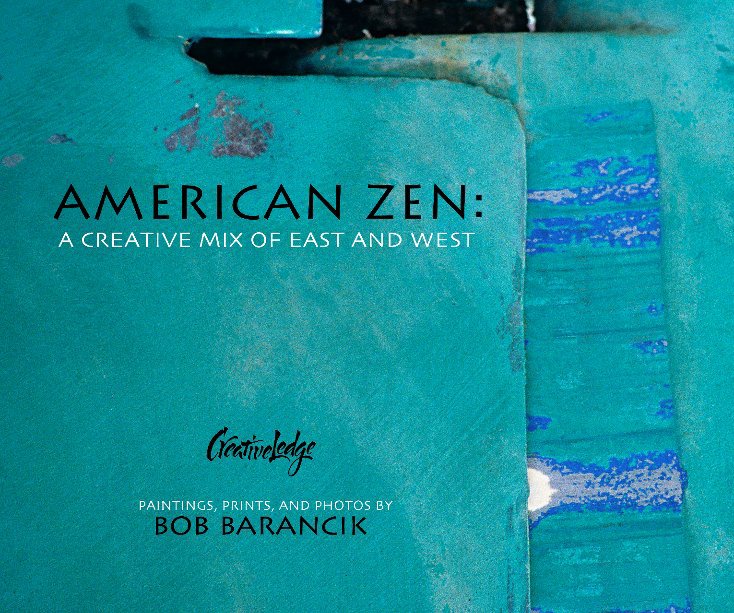 A Creative Mix of East and West

Like many Americans who came of age during the 1960s and 70s, I was exposed to Zen philosophy and

Asian art during a time of tumultuous cultural change. These traditional Buddhist mindsets were antidotes to the prevailing chaos and anomie.

Young artists, writers, musicians, and scientists were especially open to the Eastern ideals of meditative calm, simplicity, and acceptance of the natural cycle of decay and rebirth.

Over the last four decades, this aesthetic outlook has entered the mainstream American culture. Although most Westerners cannot exactly define "Zen", they readily recognize what it looks like - spontaneous ink brushstrokes, muted colors, minimalist abstract patterns, rough and irregular textures...

As America becomes more open to things Asian, it is ironic that China, Japan, and Southeast Asia have co-opted our rampant consumerism. But in a wired world augmented by global tourism, there is an inevitable mixing, churning, and hybridization of different societies.

I hope that my paintings, prints, and photographs will be a continuing source of quiet Zen pleasure to my audience.

Bob Barancik is an award-winning artist and video producer. His work has been exhibited at major American museums and screened at international film festivals. He and his wife, Amy Blake, are graduates of the Rhode Island School of Design. They maintain studios in Portland (Maine), St. Petersburg (Florida), and Philadelphia (Pennsylvania). For additional information, images, and video clips, please visit CreativeLedge.com