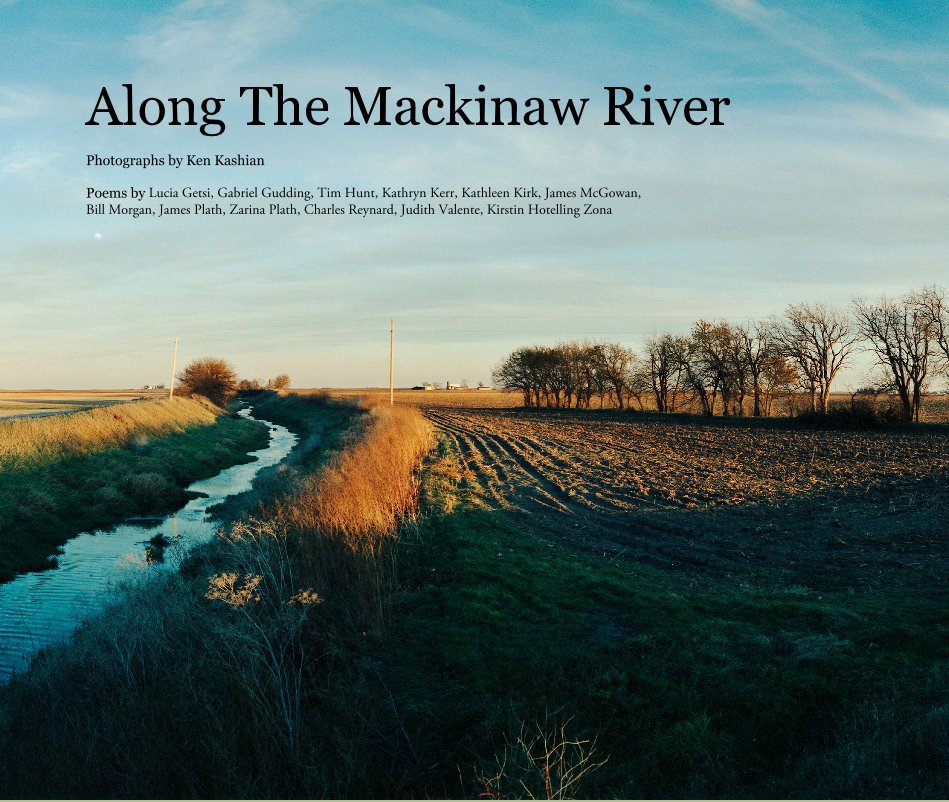 Along The Mackinaw River, Photographs by Ken Kashian

The Mackinaw River’s headwaters are located on the edge of the east-central Illinois community of Sibley. The name Mackinaw comes from the Ojibway Indian word meaning turtle. The river travels west about 130 miles before joining the Illinois River near Pekin, about 15 minutes south of downtown Peoria. The ParkLands Foundation, a non-profit conservation organization, owns more than 1600 acres of undeveloped timber and grassland just north of Bloomington-Normal. The Mackinaw River runs through this land. I made a number of photographs along the public hiking trails in this area.

My photographs begin at the river, then move over farmland and roads, onto farmsteads, and into nearby communities. I was intrigued by the land around the river--the watershed--whose topography guides the rain, by very subtle contours, toward the river. I was struck by the way the farmers’ work covers and patterns the land. I wanted to evoke the lives of the farmers as they travel the roads to pick up seed, as they move equipment, as they take lunch in town, as they deliver harvested grain, as they find repair parts, as they go to church. I wanted to honor the lives, the life and energy in small towns--the high school basketball games and festivals and parades.

I am honored that thirteen poets have contributed poems to my photographs. The poets are: Lucia Getsi, Gabriel Gudding, Tim Hunt, Kathryn Kerr, Kathleen Kirk, James McGowan, Bill Morgan, James Plath, Zarina Plath, Charles Reynard, Judith Valente, Kirstin Hotelling Zona. These poems are now, for me, parts of conversations (between photograph and poem) that I listen to with constant joy and wonder. I appreciate their enthusiastic support and insightful words.

Ken Kashian has been a professional photographer for 30 years. Since 1981 he has worked for the Illinois Farm Bureau, and is Director of Photographic Services. He has traveled thousands of miles throughout Illinois, photographing the diversity of rural Illinois people and landscapes. Exhibitions include: DETAILS, Architectural Details of Downtown Bloomington and its Surrounding Areas, The Mackinaw River Project, In The Eye of the Hurricane. He has produced a limited edition bound volume, Along The Mackinaw River, that contains his photographs and poems contributed by Bill Morgan and Kirstin Hotelling Zona.