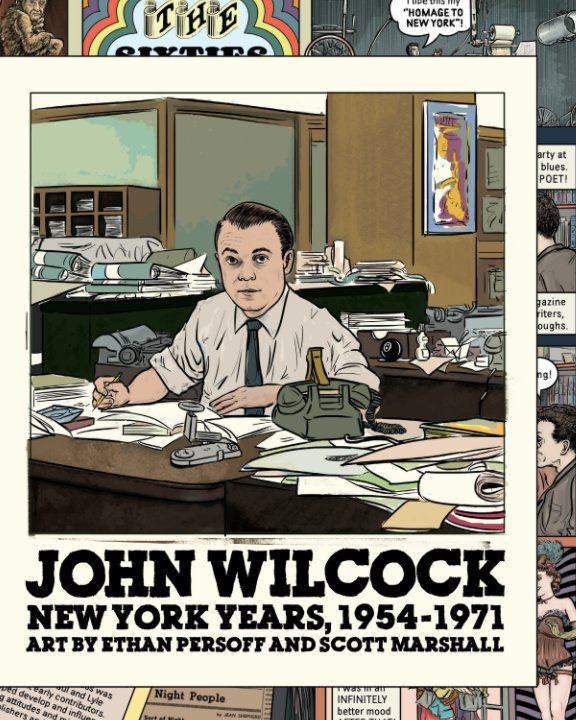 A comic book history of the rise of 1960s underground media

by Ethan Persoff and Scott Marshall

AS SEEN ON BOINGBOING.NET and in THE AMERICAN BYSTANDER - Never before offered for sale in a nice print collection, this is Book One of John Wilcock, New York Years.
—————————————————————————————
"A comic biography of an extraordinary, curiously unknown (almost) figure" — Print Magazine

"Splendid...I love these John Wilcock comic strips...WHERE is the graphic novel of this so I can OWN IT?" — Graham Linehan (IT Crowd, Black Books, Father Ted)

Arriving in New York in 1954, Wilcock attached a small postcard to a bookstore bulletin board asking why there wasn't a paper for the community in Greenwich Village. A year later, with Norman Mailer and a small group of other editors, this paper - The Village Voice - was formed.

This comic book biography, which is also an extensive interview with Wilcock himself, tells John's story from the co-founding of the Village Voice, through connections with most of the art and music community of New York.

Never before collected in print, here are all the comic strips for Book One. An Index and Directory, with references to the many locations, famous venues, and people is also included.

The History of The Village Voice ... and The Rise and Fall of ECHO Magazine
Interviews with Marilyn Monroe, Jean Shepherd, Ammon Hennacy, Moondog, Lenny Bruce, and more!
The History of the Harvard Psilocybin Project
The introduction of LSD into New York, and its connections to Tim Leary and Michael Hollingshead
Travel Writing - Tips on visiting Mexico, India, and the entire globe