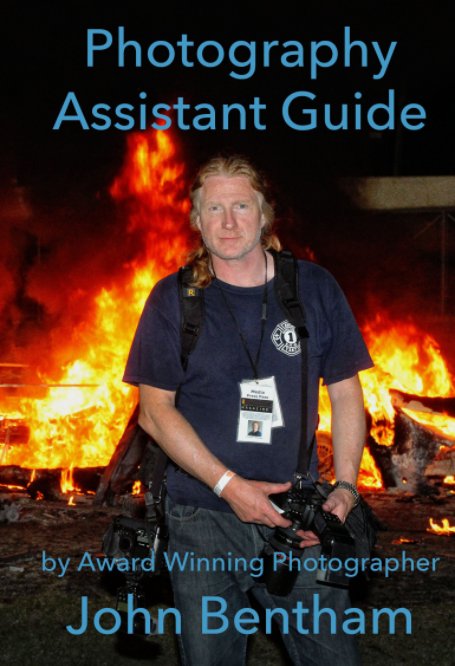 A how-to guide to being a photo assistant

Written by award winning photographer John Bentham, this guide began as a means of passing on a volume of information in a short period of time to Johns assistants and interns. It is intended to familiarize new photo assistants and interns with the expectations, obstacles, pitfalls and duties they should know, and/or will encounter as they seek work as a photo assistant. Intended to help with basic queries or problems the guide covers equipment, work ethic and attitude, packing equipment and many other aspects of assisting and photography. There is also a section on how to make the transition from assistant to photographer. A glossary of terms can be found at the end of the guide. Photographer John Bentham specializes in documentary, location and portraiture. John's documentary projects include biker rallies, burlesque dancers, drag queens, underground NYC clubs and roller derby. His clients and publications include AUDI, Toyota, Mercedes-Benz, The New York Times, People, Rolling Stone, Sony, Time and Vanity Fair. He has exhibited in New York City, Los Angeles, San Francisco, Toronto, Paris, Tokyo, New Orleans, Prague and Oaxaca, Mexico. Bentham has garnered accolades from Nikon, Photo District News, Kodak, the New York Times, Magnum Photos and the Maine Media Workshops. John has photographed many public figures including Eli Manning, Harrison Ford, Philip Glass, SEAL, Alec Baldwin, Julianne Moore, Rihanna, Maroon 5, James Taylor and the immortal Evel Knievel.
Author website
http://www.johnbentham.com