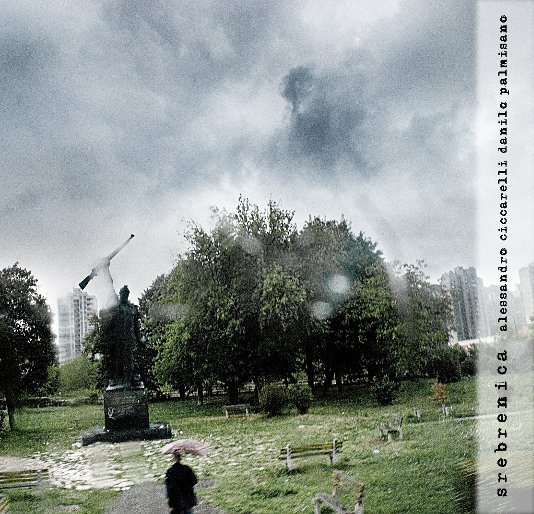 “Srebrenica is a small town located in eastern Bosnia, close to Drina, the river marking the boundary between Serbia and Bosnia Herzegovina. Here, in July 1995, was committed the only genocide in Europe after WWII. In a few days Serbian nationalists killed 8.106 Bosnian Muslims males”.

“Beyond the 8.106 Bosnian men massacred, about thirty thousand women, mothers, widows, daughters and sisters were left behind. Twenty is the average number of sons, brothers, husbands, fathers and cousins they have lost. Most women in Srebrenica are now abandoned, forgotten, living in misery. Many of them are still waiting the remains of their family to be exhumed from the mass graves”.

It is known that in the 20th century science and technology have made rapid progress. Less is said on the developments of these progresses in the military field, which will culminate in the atomic mushroom of Hiroshima and Nagasaki.

At the unprecedented massacre of the First World War, there is also the genocide of the Armenians. Gulag and Lager, coup d’etat, invasions and civil wars, even the same Cold War mark with fire and sward the “short century” that in the recent years will as well gift us of the genocide in Rwanda and the atrocities in ex-Yugoslavia, while the new millennium will be inaugurated to the insignia of preventative wars and mass torture legality.

The toast of the UN Force Chief at Srebrenica with General Mladić, who is about to leave the protected area where the Muslim refugees had been encouraged to flock from the surrounding areas, is perhaps the only iconographic representation - albeit incongruous – that remains of what today is defined as a genocide. Then, time stops forever in the unimaginable Goyesco torment, for it goes beyond what the human mind is historically accustomed to.

Well have done Alessandro Ciccarelli and Danilo Palmisano in trying to seize the post of the ten thousand executions that have taken place as a consequence of the UN withdrawal in July of 1995, at the gates of civil Europe. They do it by showing the after effect, paralyzed with horror: the gutted houses of a town become a ghost town, the windscreen of a car that may possibly start again perforated by a bullet, the gathering of human body bones by the forensic anthropologists, the monument with the names and date of birth of the victims, but most of all the increasing and infinite pain on the faces of the women who march once a month in order that the silence of the entire world does not end up deleting all.

Like in the military Argentina, women are the ones who give image to the happenings. They do it so that it is not snatched away from them even the memory, and also because there cannot be a super-individual identity, social and national, that does not comprise the most unbearable background. As a warning to all, citizens of a rutilant Orwellian world, in which the atrocities are in antithesis to the triumphant mankind march as we would like it to be represented.

They do it unanimously in a Greek tragedy manner, for on the stage of the collective memory, to the persecutors that, in the hope to get away with it try to delete even the latest traces of the committed crimes, is only opposed the indisposition of the survivors – also them victims even if yet not submerged – to be taken away from them the only certainness they still have: the identification of the responsibility for the unappealable pain that cannot not impregnate every single moment that remains of their life and that has as only lenitive not revenge, but justice, weapon so to say of civilization against barbarity.

At Srebrenica, once again barbarity emerged like a Karst river in flood. Alessandro Ciccarelli and Danilo Palmisano are part of that civil society that strongly feel the need to oppose and find in a culture that is both solidarity and creativity, the instruments to oppose. A necessity to represent, their necessity, which is in itself a composed message of hope.