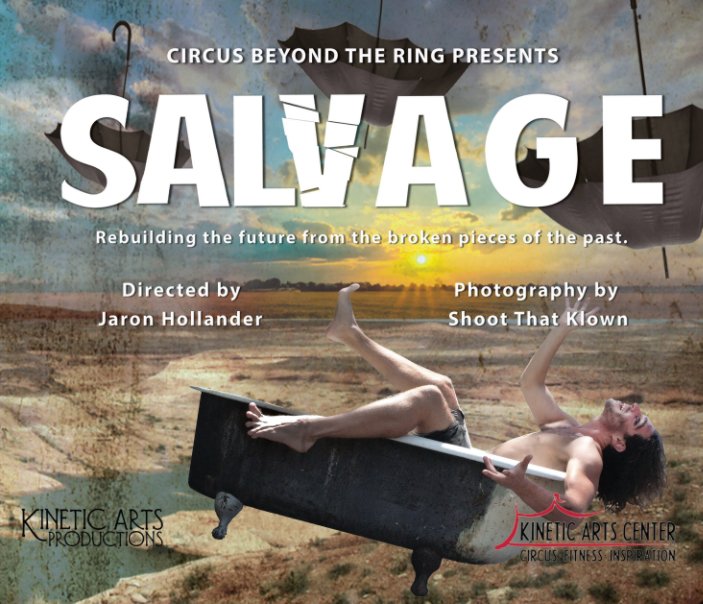 by Shoot That Klown

Unfortunately, global catastrophe is possible: environmental failure, contagious disease (engineered by us or nature), nuclear war, or asteroids colliding with Earth. These scenarios are very scary and I personally hope no one ever has to experience any first-hand. However, if you are faced with an apocalypse, consider this — it is only the end of your life as you currently know and understand it and most likely not the end of all life on Earth.

We are a highly resilient species to most cataclysmic possibilities, some humans will survive and have a real fighting chance to reclaim the world. Even if a large asteroid collides with this blue planet of ours, the popular theory now is that Earth's surviving bacteria will be launched across the galaxy, spreading life to other planets. Imagine that!

All this is to say that I think the concept of failure in an absolute, world-wide, life-altering event (or in smaller daily tragedies) is short-sighted. There is always hope; life will go on and, given enough time, will thrive again. If your life is caught up in the aftermath of an earth-shattering, global event, there is hope — you can rebuild the future from the broken pieces of the past.

SALVAGE is brought to you by the generous funding from many of our friends and family. While we are humbled at the giving spirit you brought to the creation of this production, we are also energized to bring you a most exciting and ground-breaking merger of live theater and circus arts. ‘Circus Beyond the Ring’ is the description we gave to Kinetic Arts Productions at the beginning of this journey and was the lens we peered through in the development of SALVAGE. Going forward, Kinetic Arts Productions is the bus we steer to get us to the next stop on our artistic journey, however, you will always see with a production influenced by our explorations of Circus Beyond the Ring.

Shoot That Klown
on one side of the camera