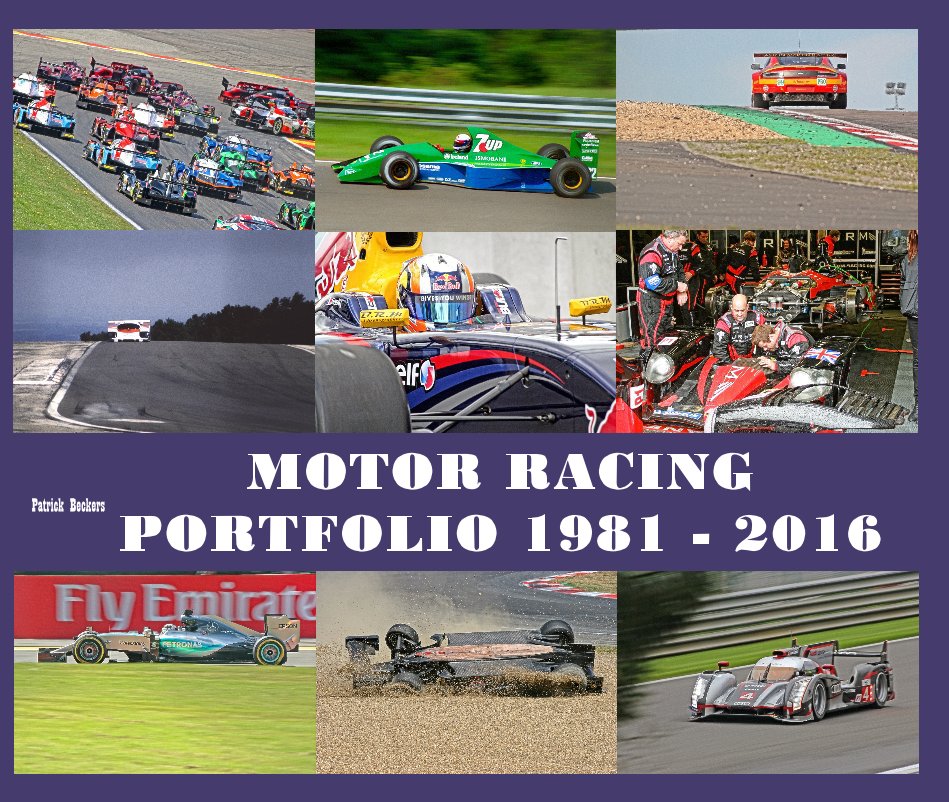 During the Summer of 1978, I became a Formula 1 fan. Thanks to two black & gold coloured Lotus F1 cars.
In May of 1979, I attended my very first Formula 1 race (Zolder) and started to take pictures. Those very first efforts (1979 & 1980) got lost, but this book contains 20 years of picture taking (1981-1983, 1986-1991, 1997, 2005, 2007-2012, 2014-2016).
The pictures in this book were taken between May, 15, 1981 and September, 24, 2016. The very first picture I took as a 16-year old high-school student and the last one I took 35 years, 4 months and 10 days, or 12.917 days to be exact, later.
The pictures were taken at nine different circuits in five different countries (Spa-Francorchamps, Belgium, Zolder, Belgium, Hockenheim, Germany, Nürburgring, Germany, Paul Ricard, France, Dyon, France, Magny Cours, France, Hungaroring, Hungary, and, Brands Hatch, United Kingdom) during over 50 different Formula 1 (including GP2, GP3, Porsche Cup), Formula 2, Formula 3000, World Sportscar Championship, Champ Car, Superleague Formula, World Endurance Championship, World Series by Renault 3.5, Formula V8 3.5 (including Euroformula and GT Open), DTM and European Formula 3, European Le Mans Series (and Formula Renault 2.0 & RS 01) and Blancpain GT race weekends and/or testing days.
The pictures found in this book are my personal favorites. Each and everyone of them tell a story, sometimes small and sometimes big.
Most of the pictures I shot as a spectator from spots accessible to the general public. Only the 1988 Formula 3000 ones were taken with a press accreditation, which allowed me to take pictures from spots only accessible to photographers and journalists.

Patrick Beckers is from Maastricht, The Netherlands. He has been taken pictures since 1981, but it really became a hobby from 1987 onwards. He started his photograph-career with motor-racing pictures. These days, architecture photography is his specialty, although once or twice a year, he still turns up at motor-racing events. From 1998 til 2008, he travelled around the world to take pictures of the world's tallest skyscrapers and he even released some books on this subject. Since 2012, taking pictures of European castles has been his main objective. Many of his (architecture) pictures have been used in books, magazines, leaflets, and on other websites. His website, his photography, his publishing and other journalistic work have always been done as a hobby, with no direct means of commercial profit. The little profit, if any, he makes, he uses to update his photo equipment and to pay for his travel expenses.