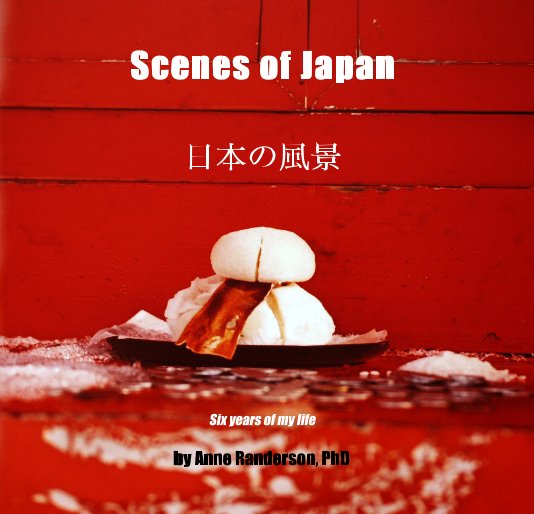 Six years of my life

After having lived in the United States and several European countries, at thirty-three years old, I felt I needed more out of life.

Sure, my life in Brussels was intellectually stimulating, but the feeling that I was lacking something, somewhere, kept nudging me to look further.

It was time to find that major piece in the puzzle of my existence.

I desired adventure, a challenge, a fresh, new look at humanity… different from my experiences in the Western world. So I began an academic pursuit in my major field of interest—human life studies.

This involved a major career change; not only did I leave my job, my apartment, and my friends in Brussels, I took my two suitcases and flew off to study Japanese in Sendai, and later in Koriyama city, Fukushima prefecture, Japan.

Little did I know that those incredible six years—at the opposite end of the world—would transform my life, and the way I understood humanity, forever.

This 80-page photo book, which reflects the beauty of my adventures in that country, is a tribute to northern Japan and its people, whom I thank from the bottom of my heart for their generosity and kindness.

After six years of research on 'human lifestyle and sensitivity towards nature' at Koriyama Women's University, in Fukushima prefecture, Japan, Anne received her PhD degree in human life studies. She created this 80-page photo book for a solo exhibit at the US Embassy in Brussels, where she showed her most precious photos of Japan's natural surroundings, temples and inhabitants, especially in Fukushima and Sendai, where she studied Japanese in order to pass her entrance exams as the only foreigner at her Japanese university. As an academic Japanese government Monbusho research scholarship recipient for six years, Anne thanks the Japanese people for their kindness and generosity during her time in their country. After the disastrous events occurring after the March 11, 2011 earthquake and tsunami in northern Japan, Anne hopes that her photo book will help people around the world discover the magnificence of Japan and retain its hidden beauty.