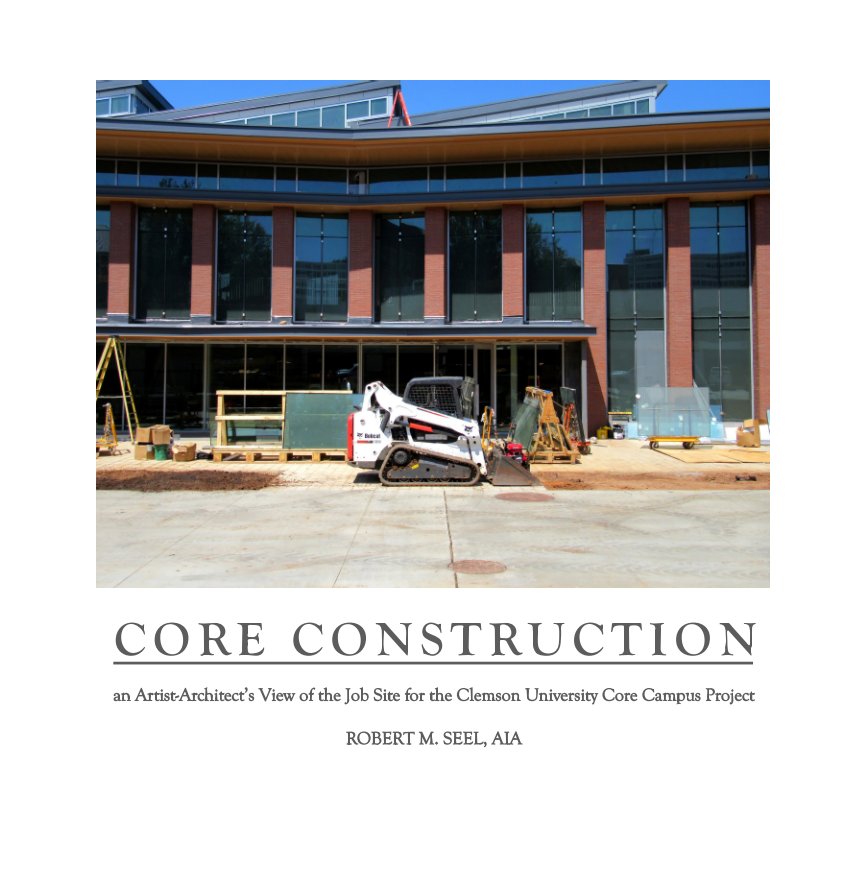 Designed and constructed under the project name, Core Campus, the $98-million, 260,000 square foot building was the most significant student-oriented facilities project since the Johnstone Hall and Student Union project of the 1950s and the Bryan Mall projects of the 1960s. There are resident rooms for 688 students and a 1,200-seat dining facility as well as office and meeting spaces for the Calhoun Honors College. The project is located on the site formerly occupied by Johnstone Hall sections D, E, and F. At the time of this publication, the building remains officially unnamed.

Robert M. Seel served as part of the Core Campus project team during construction as a local resource architect. During almost daily site visits from February 2015 through to September 2016, Rob took nearly 27,000 photographs to document the project’s construction progress. Among those visits, several opportunities and views for creative photography arose, often unexpectedly. Many of these views and shots, unseen by the general public, are presented in this monograph. Steel columns, concrete shafts, precast planks, trusses all put together in orthogonal geometry crisscrossed by cranes and boom lifts against a Carolina blue sky. The visual rhythms were as strong as the sounds of the work itself.

All photographs are the property of the artist-author, Robert M. Seel and RMS Architecture, LLC, working as an independent consultant to the Core Campus project team.
Author website
http://www.rmsarch.com

Robert M. Seel is a national award-winning architect, artist, musician, coffee roaster, railroad modeler, and Clemson University graduate (BS Design with Calhoun College Departmental Honors, 1988; M-Arch 1990). Originally from New Jersey, Rob has lived in upstate South Carolina since coming to Clemson in 1984. He is a member of the American Institute of Architects, the National Model Railroad Association, and Clemson Artists Guild. Rob and his wife, Frances, have two creative daughters. Rob is president of RMSArchitecture and is a member of the Art Gallery on Pendleton Square.