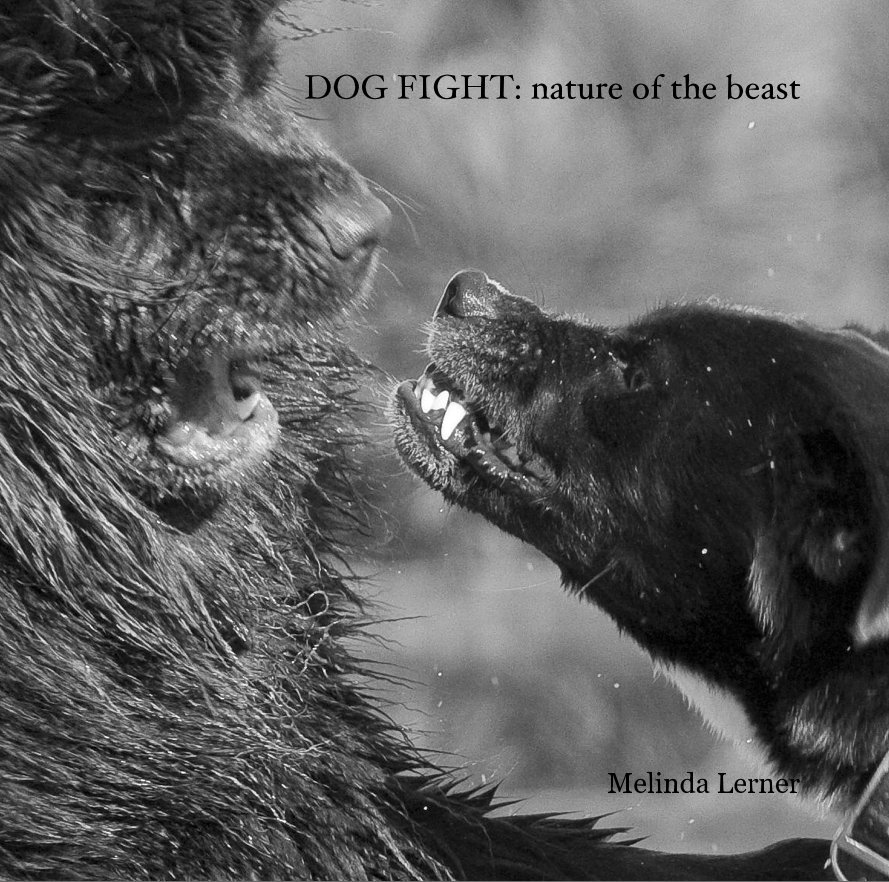 DOG FIGHT: nature of the beast

I am always seeking ways of capturing my subject’s inner self, their strengths and their weaknesses, a certain truthfulness. My photos usually tend to be erotic, sexual, raw. As my gentle Elvis, a black poodle, exercised in the dog park, I started seeing past the French Poodles, the Labradoodles, the Chihuahuas and the Puggles who were all bounding about, pulling tails and having fun. That in their play their real, cruel nature was revealed; and I was taking pictures of wolves, of ritualized aggression and submission, of danger. The paradox of what 40 thousand years of human domestication has evolved our pets into.

The appeal to us of dogs is devotion, playfulness, affection and the resulting companionship their slavish love brings. Are we therefore so different to the Alpha wolves in the wolf pack? With our hound by our side we form a unit, a pack. Their purpose in our lives is similar to the role of an Omega wolf (the lowest ranking member) whose role often involves initiating play to relieve pack tension. The very things we find so unattractive about pack mentality are things we as humans are guilty of: although we strive not to, in reality, in business, in adolescence we still hunt in packs, we still prey on the weakest. Wolves’ psychological warfare and rank order within a pack is established and maintained through as series of ritualized fights. Is this so different to human adolescence? Ritualized aggression in the fight to be an alpha dominate?

I finally understood the real disposition of those dogs playing ecstatically around me. I saw the wildness we have attempted to strip away through domesticity, and all its beauty and ferocity. In the city dog parks we can observe the true nature of the beast.

No dogs or humans were hurt during the making of this project.

Melinda's artistic vocation redefines the common perceptions of beauty and it is her love of people that is reflected in her photos. As in Lewis Carroll's "Alice in Wonderland", there is no telling what strange or silly thing is around the corner. Something is hidden in a smile, a darting glance, or in an odd pose or a steak of shadow on a subject's face. Children become adults and adults become childlike. There is an air of mystery, spontaneity and playfulness to her images. She rarely plans her shoots, but concentrates on allowing her models to reveal their inner selves to the camera. Melinda's ability to make her subjects feel calm, relaxed and liberated often provides deep insight into their personalities for the final frame.   What intrigues her is finding beauty hidden within perceived flaws. "I like to change views of sensuality, intimacy and solitude 'Phototherapy' is how I refer to the process". Her approach brings a one-of-a-kind result that she says is instinctual.