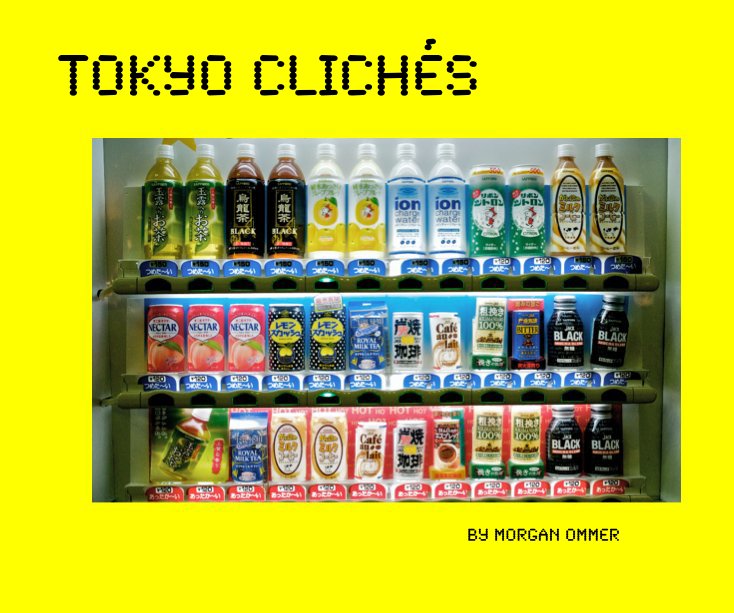 “Only dull people are brilliant at breakfast”

In French, cliché means cliché. But it also means “picture.” Tokyo contains both. With its bullet trains, love hotels, sushi bars, sleepless streets, it is a cliché of modern cityscapes. And yet it is also a picture that we never tire of seeing.

Traveling to Tokyo implies more than just physically going to a different place. It implies time travel. Tokyo is the only place I know that is currently going through the 22nd Century as well as the 16th. Something about it resembles a gathering of tribes in a fantastical fortress. Beneath the neon ramparts, the streets crawl with anime characters, women in kimonos, Shibuya kids, salary men, rock 'n rollers, Playmobils, and plenty more besides.

Observe this street-level craziness for a moment, and idiosyncrasy becomes apparent wherever you look. On public transport, schoolkids and housewives write bestsellers, while salary men watch TV—all of it done on mobile phones. Taxi drivers wear gloves and ties, but mostly cannot find an address, even with a GPS. You may bump into Doraemon, the robot-cat from space, or if you are lucky, Hangry and Angry, two gurokawa (grotesque-cute) characters apparently “from the H44 Star Nebula who came to earth in order to save the world from global warming...”

The following images are a superficial record of the daily life of Tokyoites at the beginning of the 21st Century. I tried to stay away from landmarks, the must-see places and the clichés as described in tourist guides. I simply went for clichés witnessed while aimlessly wandering the streets of Tokyo. This wandering was done over a period of four years, from 2006 to 2009. Very little of it at breakfast. Most of it after lunch.

Having successfully taught myself how to hold a camera, I discovered an alternative to working in an office.This made me cheerfull, pleasant and very attractive to intelligent men and to all women. I strive to one day accomplish some quiet subtle thing that the elect would deem worthy and, passing on, would join the dimmer stars in a nebulous, indeterminate heaven, half-way between death and immortality. In the meantime you can find some of my work in publications such as Time, Vogue, the Globe and Mail and other local magazines.