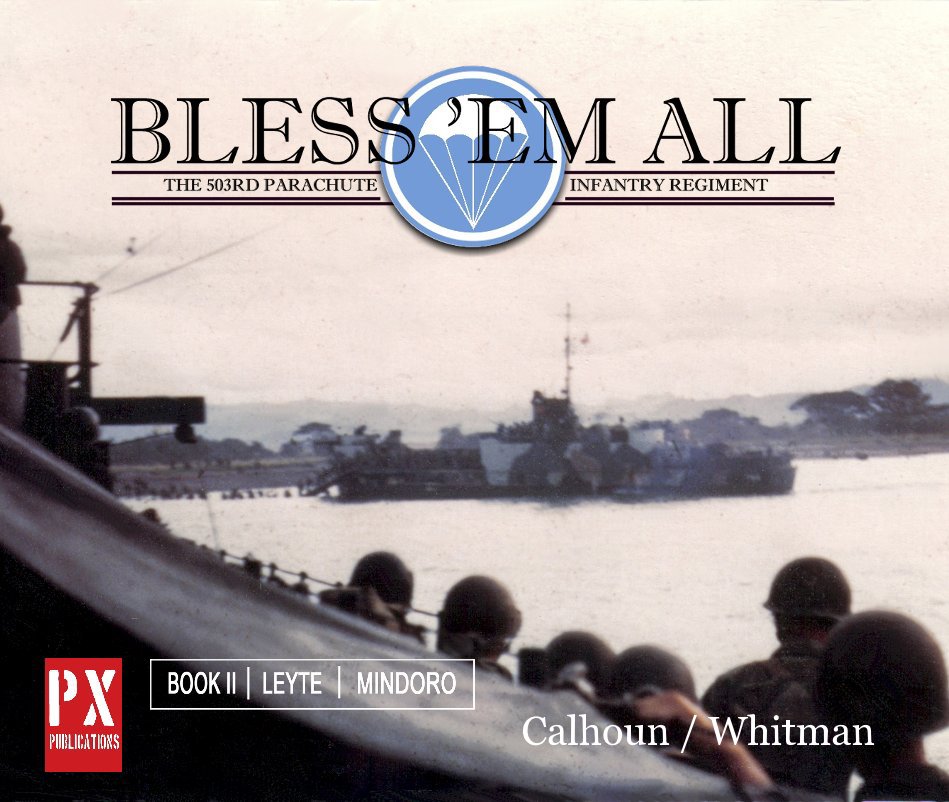 “BLESS ‘EM ALL” (Volume II) is the follow-up hardcover reference book bringing the history of the 503d PIR during WWII to fresh generations of "ROCK REGIMENT" veterans, their families and their friends.
Originally intended to be published in three volumes, the scope of the manuscript will now be four volumes. Volume I deals with the training at Ft. Benning, the formation of the regiment, its time in Australia, New Guinea, and then on to Noemfoor.

Volume II follows the Regiment, now a Regimental Combat Team, to Leyte and Mindooro, and sets up the preparation for the retaking of Corregidor.

It reflects a wealth of materials, including official papers, daily reports and journals. Through painstaking research these sources are being supplemented with the results of years of correspondence with the men intimately concerned with the events concerned. It’s not the official history, it eclipses it, and shows that the official histories were not always as accurate as history should require.

The primary author is William T. “Bill” Calhoun, who joined the 36th Div., Texas National Guard whilst in high school, and enlisted in the Reserve Army Air Corps on 4 Jan 1941. To escape a permanent stateside posting he volunteered for parachute training, and graduated 19 June 1942, being assigned to the 502d PIR. He attended OCS and was posted to Brisbane Australia, arriving January 1944. He had been a platoon leader 11 months when he jumped on Corregidor . Thereafter he became "F" Company Commander in Negros.

The Volume is published in Blurb’s large landscape format, 13 x 11 in (33 x 28 cm) and comes in at a 308 pages. It ships at 2.8 kg. At this point, it is available only in Hardcover, Hardcover-Imagewrap Hardcover and as an Adobe pdf file.