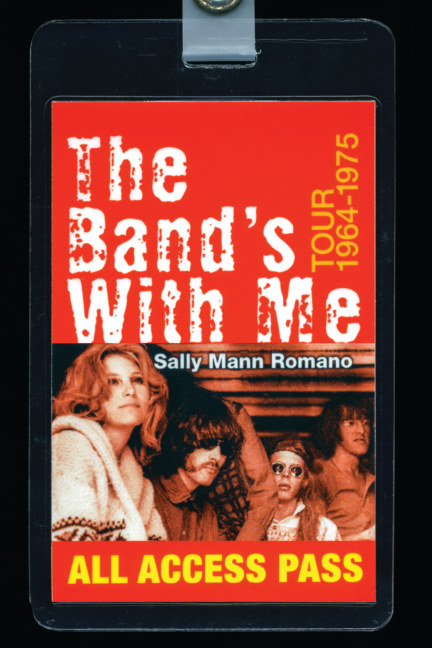 The Band's with Me

Sally Mann Romano, an attorney in her native Texas, is the proprietor of an animal sanctuary and deep-pocket money pit known as Rockit Ranch Rescue. She came to the law after her marriage to Spencer Dryden, drummer for Jefferson Airplane, having also spent a number of years working for, traveling with, and tending to Frank Zappa, the Grateful Dead, Grace Slick, Ten Years After, Stephen Stills, The Band, and other characters of similarly dubious repute.
Sally has been featured in a number of photo essays of so-called “groupies” and women in rock by Baron Wolman, Henry Diltz, Jim Marshall, and other renowned rock-and-roll photographers. She is the subject of paintings by artists as diverse as Jim Bama and Alice McMahon, both of whom based their works on the iconic photo by Baron Wolman that originally appeared in Rolling Stone, and countless interviews and magazine articles. Her memoir, The Band’s With Me, with a foreword by Grace Slick and photographs by Baron Wolman, Henry Diltz, Herb Greene, Rosie McGee, and others, chronicles her escapades in the kaleidoscopic world of music and entertainment in the late 1960s and 1970s, comes clean on affairs of the heart and otherwise, and offers a wry, unsparing take on some of the more unforgettable musicians who marked an equally unforgettable era. There are over 100 photos, many previously unpublished.