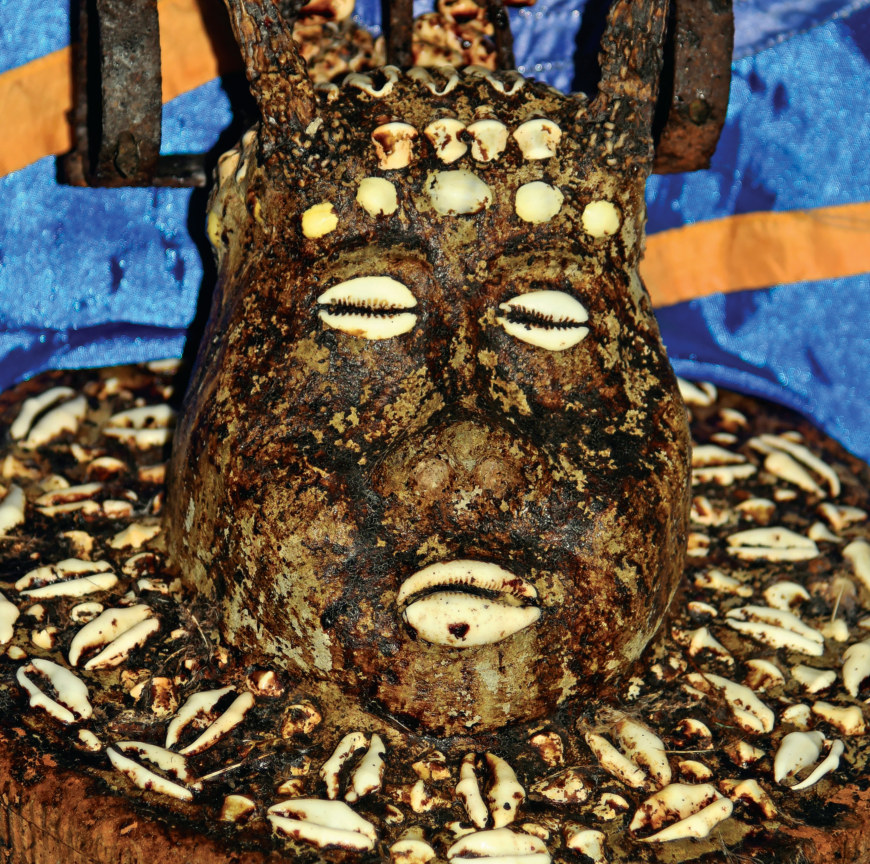 HÉCTOR MÉNDEZ CARATINI’S TENACITY TO INVADE different areas of the globe and to capture them from within, has always caught our attention throughout the four and a half decades of his thoughtful work. This aspect is extraordinary in Puerto Rico, which is still waiting for a serious academic approach to the history of our photographic and videographic medium. His work is always a search of himself within the vast world. He affirms himself by joining with all the spaces he frames as a faithful testimony of his view, of the traces that define him.

From the clash of forms synthesized in each vision arises its celebration of the human. He breaks that fourth wall of each dwelling - real or invented - to transform reality and make it his, with all viscerally and skill. The temporal sequence of the six photo essays and five videos, under the title of Ancestral Roots, allows us to see the intellectual continuity under the development of Méndez Caratini: Gagá and Voodoo - Dominican Republic (1990-1993); María Lionza - Venezuela (1991); Kali - Martinique (1992, 1996); Orixás - Brazil (1994-1995); Santería - Cuba (2016) and Kashí – India (2018). As we glimpse the dates, the artist revisited certain places, to achieve a complete vision for each project, according to its needs. Along with the photographic series, five videos are shown, in which the process of the cults is captured with great drama.

This exhibition awakens the viewer’s curiosity for a spellbound world, emotionally illuminated by a trance. Méndez Caratini’s photographs and videos refer us to regions united by the thread of diverse religious passions, built rhythmically by the plasticity of color, or the music evoked by the ritual through the moving image. We are in front of a master of the lens. We are facing an encounter with the sacred, and before this, we must ask ourselves, in times of crisis like the one we are living in, is salvation near, or on the contrary, is it further away than ever?