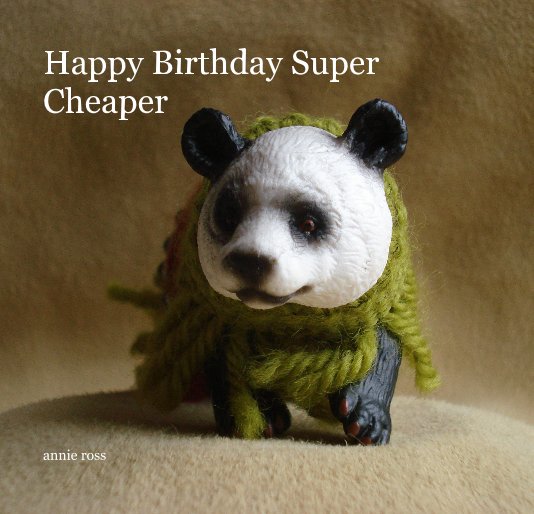 Happy Birthday Super Cheaper is an art series made up of scavenged items, found in the trash, on the ground, or in thrift stores. for those who believe in the concept of inanimate, as if something could be not-alive, yet hold its form for years, these inanimate objects in the form of animals represent species in our consciousness or imagination, or at least, in our visual memory. each animal, as if it were an Animal, has been considered, and a special set of clothing made especially for each one, aggrandizing a Being that was once cast away. the wool is from a trading post on the Navajo reservation, the bark is scavenged from trees felled to condominium development in the Vancouver area.

Happy Birthday Super Cheaper is named after a gas station mini mart that had life-sized elephants, tigers, and giraffes in the store, all wearing party hats. it was torn down for a chain gas station. the animals are now in a landfill somewhere, resting in pieces no doubt, where it all ends up, unless someone pulls you out, or you pull yourself out, and put it all back together.