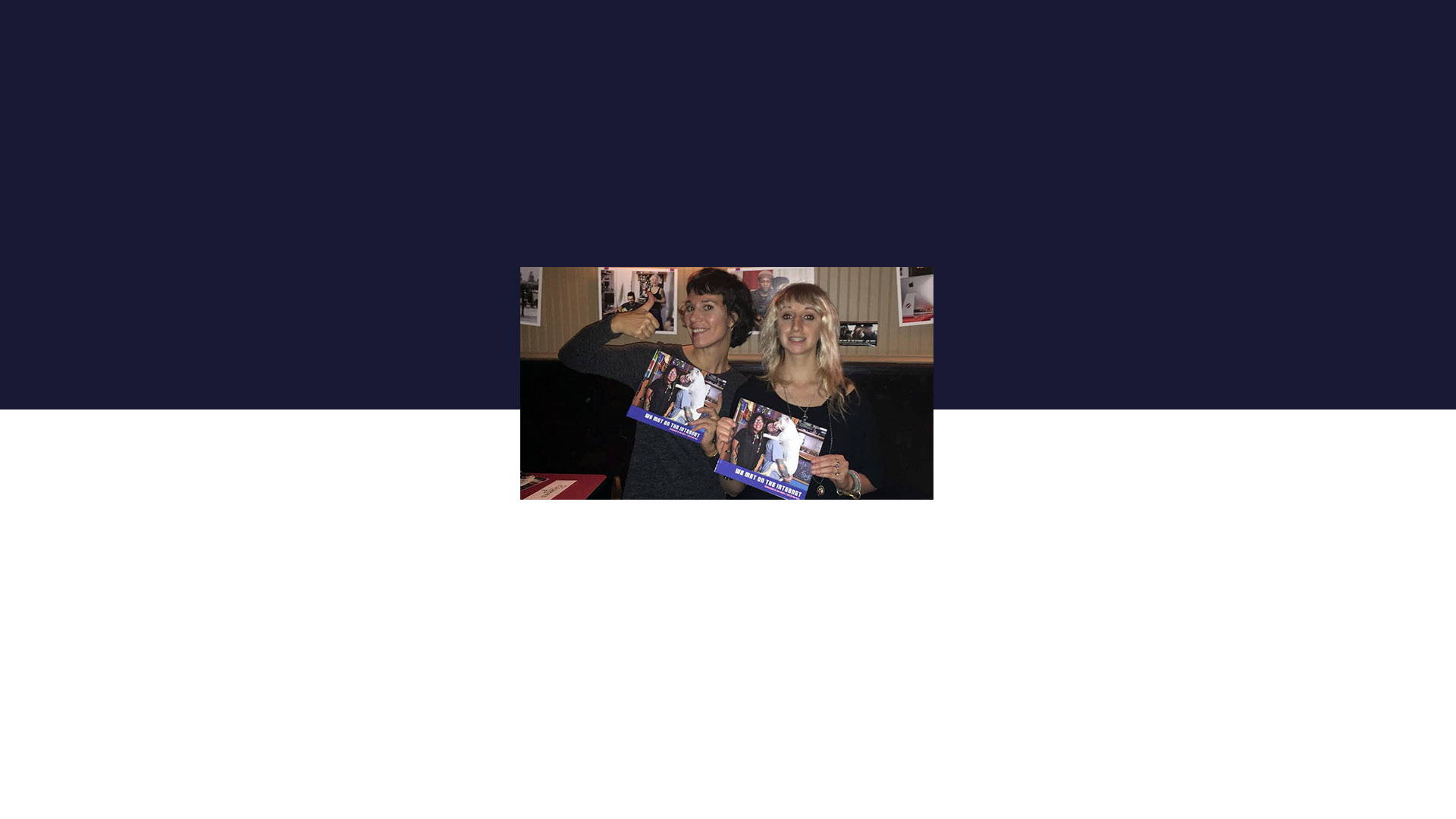 Did you know that, on average, Americans spend over 11 hours on the internet every day? Our era is a digital one, so it is no surprise that a lot of love is found online.

Authors Jena Cumbo and Gina Tron, of We Met on the Internet, are fascinated by these modern love stories and how much of our life is spent online. Jena noticed with the advent of smartphones, we are constantly accessing this web-based world. While she doesn’t always think this is a good thing, she’s amazed by the internet’s ability to connect us to more people than ever before.

This leads us to her other fascination—love.

She began to notice that a lot of her friends had met their significant others online, which lead to the idea of We Met on the Internet. As she began taking pictures of her friends, she asked Gina if she would be open to interviewing the couples. Jena and Gina met working on a magazine called LADYGUNN. Gina was intrigued by the project, even though she doesn’t typically write about love or couples. She really wanted to explore the concept of online dating and the actual differences that existed between online dating and traditional ways of meeting partners. Read on to learn more about authors Jena and Gina as well as their project, We Met on the Internet.

How did you find the people for your book?
Finding the couples started with friends, then word of mouth, and a lot of posting to craigslist—a good portion of these couples WE met on the internet too! 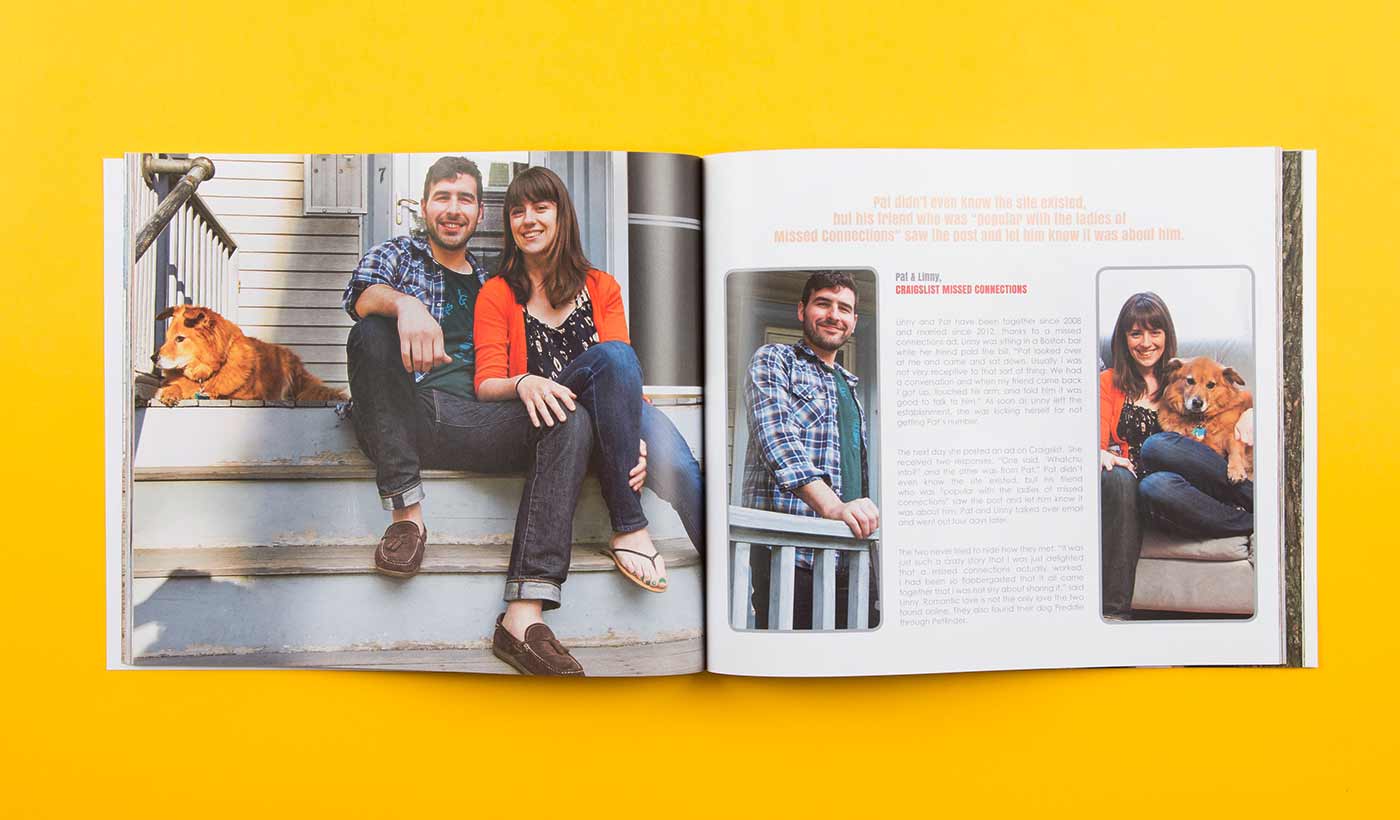 How did you come across Blurb?
I (Jena) discovered Blurb years ago in a photo marketing class and always had it bookmarked.

What do you use Blurb for?
So far, just this book, but I know people that have used it for portfolio purposes. Gina and I had been working with a literary agent, but were unable to get a publisher to pick up the project. We both really wanted to finish the project as a book and decided Blurb was the best way to self-publish. We hired designer Esther Kang to do the layout. She was amazingly fast. She used Adobe InDesign and put the book together for us.

Your idea of happiness is…
Jena: Having great people in your life and doing work you are proud of.
Gina: Accomplishing what I feel to be a sufficient amount of work. Although I like reporting and writing about exciting and sometimes dangerous or tragic events, I like my personal life to be as calm as possible these days. Happiness for me is engaging in what I find to be stimulating and challenging, while not having any sort of turbulent home life.

Your hero in real life…
Jena: It was my mom for sure. She passed in 1998. I’ve never known anyone as strong and as brave. She was truly remarkable and resourceful as hell.

Gina: Nellie Bly, she was a journalist who faked insanity to study a mental institution from within. (And this was in 1887.)

If not yourself, who would you be?
Jena: Ha! No idea.

Gina: Either a sparkly unicorn or a common slug. (Either would work.)

What you appreciate the most in your friends
Jena: I’m fortunate to have a lot of good friends, I appreciate most the ones that get me and like me anyway.

Gina: Patience and also calling me out on my shit. A good sense of humor and being open-minded. I am lucky to have a diverse group of friends. I love them all. Everyone is different and their talents and quirks make me learn about my own.

Your favorite book
Jena: A Wrinkle in Time.

Gina: Really hard to say since I’m a huge book junkie. I can’t stop collecting them and I’m often reading four to five books at once. If I had to pick one favorite, it would have to be a classic like a Great Expectations or Wuthering Heights. I appreciate the theme of tortuous unrequited love that spans unhealthily over decades.

Your favorite occupation
Jena: Being a photographer (most days ;).

Gina: I love being a reporter. For me it’s so interesting and fun to talk to people and learn about different topics. It’s like snapshots into different worlds and I feel it makes me more well-rounded. Plus, there is also the opportunity to help people or help press for change.

We’re thankful Jena and Gina took the time to talk with us about their terrific project. Have your own, We Met on the Internet stories? Share them in the comments below.